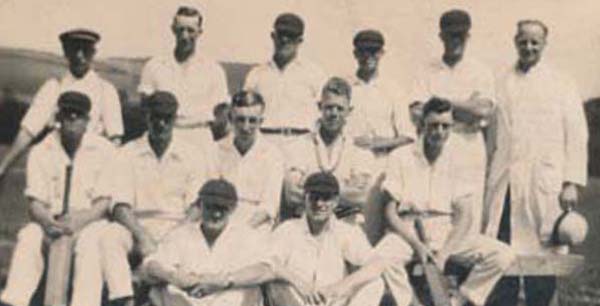 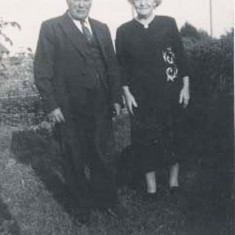 Great Great Granny Alice with Albert. Albert was born on New Year’s Day in 1872; he was one of 14 children!! He also attended the village school and would have started around about 1877. He grew up to become a carter for the Tosdevines for many years and actually worked until he was 80. 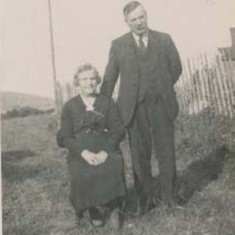 Albert with Alice. A few of the local men used to meet at Albert’s to play cards on a Sunday night. 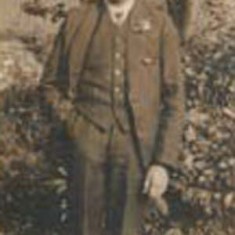 Lawrence Blackman at 14. Lawrence was better known by fellow villagers as Jumbo, a nickname which stuck after the doctor tending him after birth exclaimed “Cor blimey, he’s a Jumbo”. This was thought to have been after the famous Barnum and Bailey circus elephant ‘Jumbo’; the circus is thought to have visited neighbouring villages (West Meon we think) in the years prior to Jumbo’s birth. 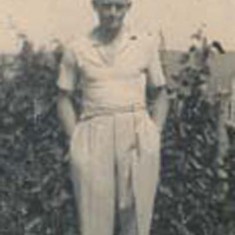 Jumbo as a young man. Jumbo was born on August 3rd 1913 just outside the village at Stoneylands Farm; he was one of seven children born to Albert and Alice Blackman. One of Jumbo’s elder brothers, Albert George (known as George) lied about his age to go to war. 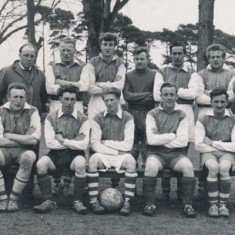 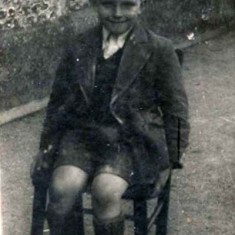 Alan Blackman sitting on the 'school chair'. His Headmistress during his early schooling, 1946 – 51, was the stern and somewhat miserable Mrs Gwendoline Hayes; she did manage to cheer and clap however when the Conservatives came to power in 1951. Of the Assistant Teachers, Alan remembers Miss Hastie, who often rapped childrens’ knuckles with the edge of her ruler, and Mrs Paul, who, although well-liked, shared Mrs Hayes’ nasty habit of blowing her nose then tucking the hanky up her knicker-leg. 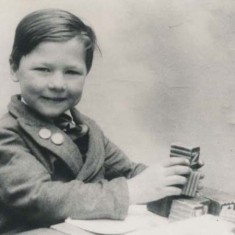 Alan Blackman in schooll uniform, "School dinners were delicious, cooked by Mrs Kille who always gave out ‘seconds’. The playground, long and narrow, lay to the west of the school building with a coke pile at the end to feed the tortoise stoves. The Vineyard, when not being used for games, became the temporary home of the Dentist’s Caravan. On being told by a (mischievous) older cousin that, once inside this vehicle, you could be put to sleep, never to wake up again." Alan ran off to the top of Park Hill. Even being dragged down through stinging nettles by Mum and sister failed to break Alan’s resolve, and he never did darken the Dentist’s door on that occasion. 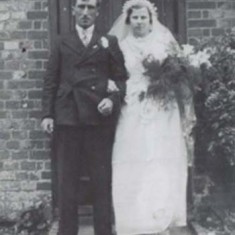 Alan Blackman, after his weddding, at the door of Rose Cottage, which used to stand alongside Heycroft but which no longer exists. 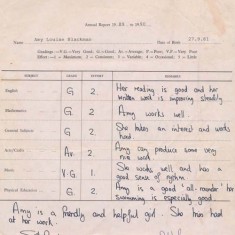 Amy Blackman's school report. "This is my mum Amy when she was 9 years old. She went to my school in 1986. Her favourite subjects were P.E.and maths. She remembers music lessons well with Mrs Stevenson and her favourite teacher was Mrs Daniels. There was a swimming pool at school when my mum went there; she loved swimming." 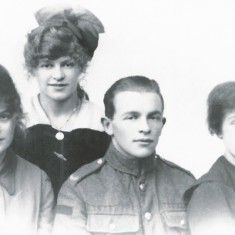 Family of Lily Chapman, nee Blackman, c 1920. George was in the Central band of the RAF for many years.

In 2012, at East Meon Church of England Primary School, Marley Blackman researched the history of his family. These are his notes and the photographs he found.

A display panel was created for the History Open Day, and a PDF is attached to this page.

The wedding photo of Harry Blackman and Edith Legg was not part of Marley’s research.

A letter to Meon Matters, published at some point in the early 2000s, is attached as a PDF. Terry Chapman had enclosed a picture of his mother, who was a Blackman.