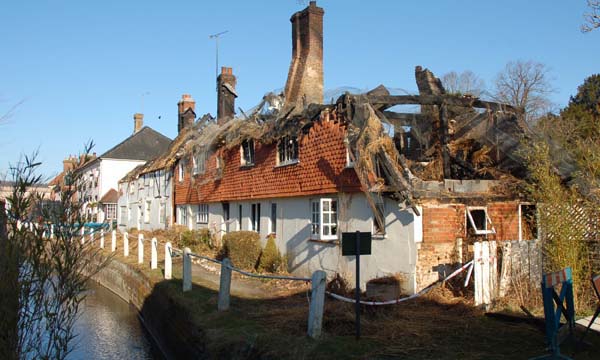 This view of Brook Cottages, from the east of the buildings, shows that the facades remained, but the buildings behind were gutted. 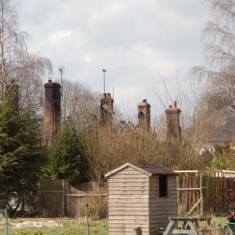 The view from the allotments, behind the cottages, shows the five chimney stacks still standing 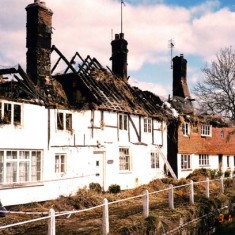 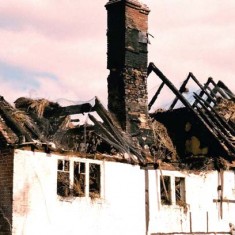 The roof rafters and one chimney stack of Hockley Cottage 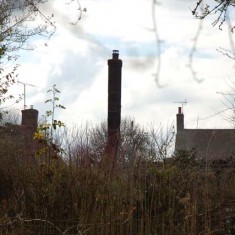 From behind, a chimney stack stands precariously unsupported 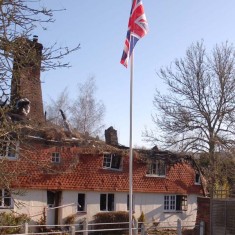 The Union Jack with Brook Cottages behind

The Aftermath, photographs taken the following morning. The buildings had been gutted – and of the five chimney stacks, the fire services decided to remove two which were structurally unsound.