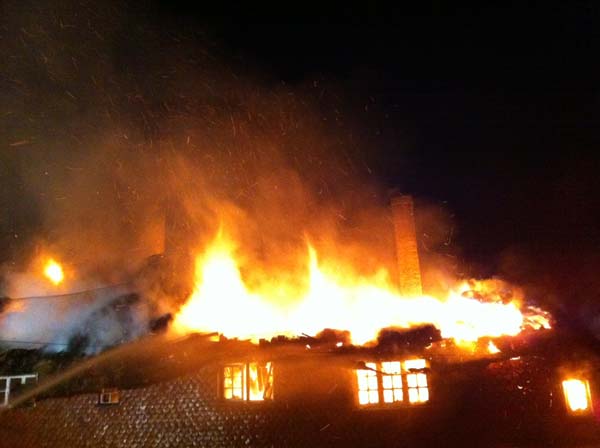 Richard Gaisford's photo of the blaze at Brook Cottages 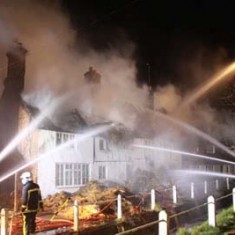 Once again, numerous fire brigades arrived to control the flames. They were too late to save Hockley (the white building nearer the camera) or Brook Cottages 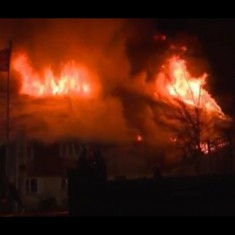 A second image of the thatch of Brook Cotttages ablaze 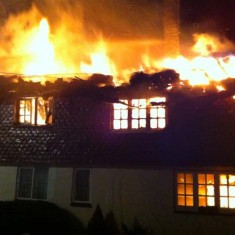 On Good Friday 2013, just after 6.00pm, a neighbour noticed that the thatch of Brook Cottages was, once again, on fire. She raised the alert, and fire engines were once more dispatched. Unfortunately, by the time they arrived, the fire had taken hold and this time the next door cottage, Hockley, was also alight. The pub next door, the Izaak Walton, was evacuated and the firemen worked hard to prevent the fire spreading to the two buildings to the east, Forge Sound and Riverside (both very old hall houses of historic importance).

These images were taken by Richard Gaisford and supplied to Meridian TV.