You are here: Home>Categories>Events>Fires>Brook and Hockley Cottages, 2009 and 2013>Brook Cottages fire 2009 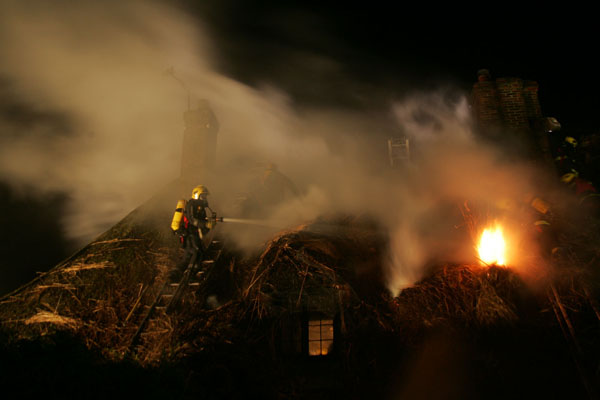 Firemen fighting the thatch blaze at Brook Cottages in January 2009 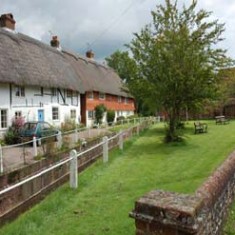 Before the fire. Hockley Cottage, with Brook Cottages beyond. 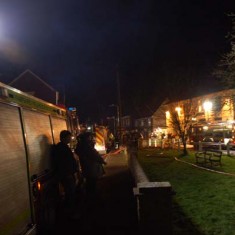 On arrival crews from Petersfield, Droxford and Horndean found a well-developed fire, believed to have started in the chimney stack. 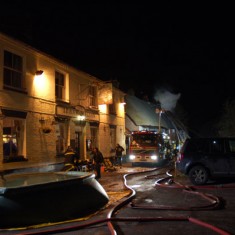 An emergency water tank was established outside the Izaak Walton 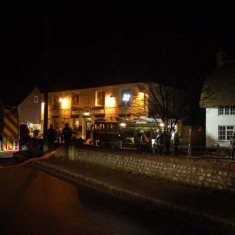 A total of 105 firefighters in 27 appliances and support vehicles from across the county were involved in the incident overnight.

At 1603. on Sunday January 4th 2009, more than 100 firefighters were called out after fire broke out at a 300-year-old thatched house in the High Street. Hampshire Fire and Rescue Service were called  Brook Cottages are a listed building comprising two houses; another house with a thatched roof, Hockley Cottage, is linked by a narrow walkway; firemen struggled to prevent the blaze from spreading to the other buildings.; it is listed as one of Hampshire’s Historic Treasures.