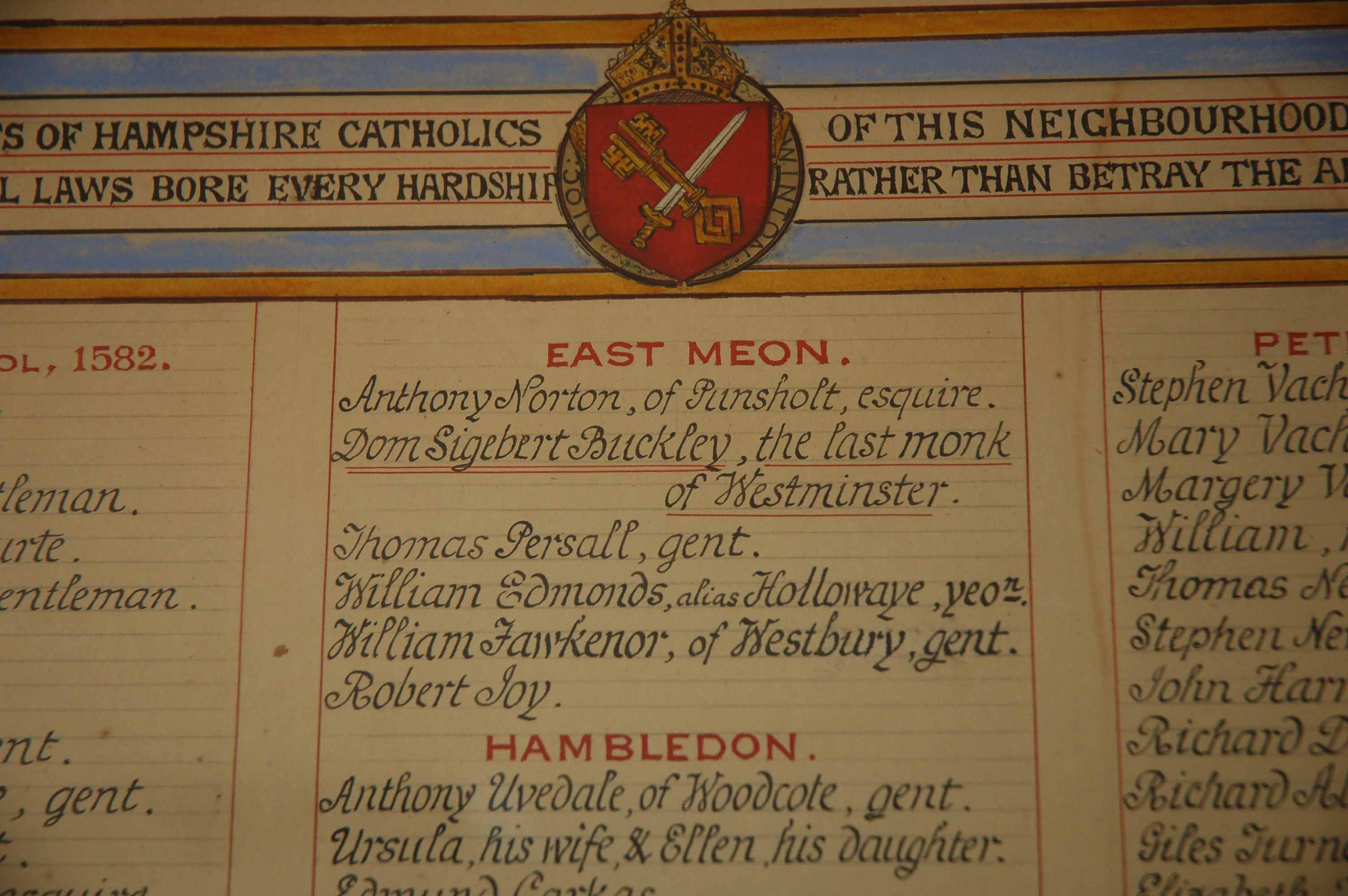 A plaque in St Laurence, Petersfield, commemorating Catholics who had suffered for 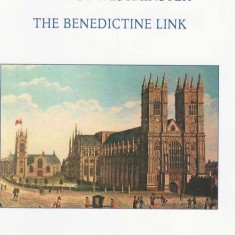 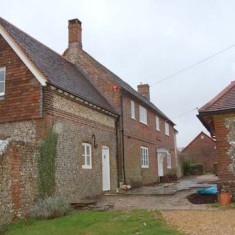 Punsholt Farm, on the site of the house where Dom Sigebert Buckley died in 1610, and where his body may be buried. 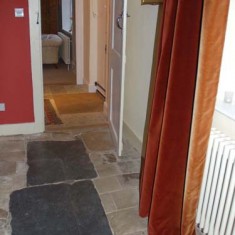 It is possible that Dom Sigebert's remains are buried under these flagstones.

In St Laurence RC Church, Petersfield is a plaque dedicated to Catholics who had been imprisoned or tortured during the Reformation. Under East Meon is the entry ’Dom Sigebert Buckley, last monk of Westminster’.

Research established that Dom Sigebert handed over the ’baton’ of the English Benedictine Order just before he died, aged 93, at Punsholt (which is in fact in West Meon). The story is fascinating and has been recorded by Dom Anselm Cramer of Ampleforth Abbey. His booklet is in the Library. In Downloads are some notes on the ’East Meon Martyrs’.

Booklet and notes in Libary, C2