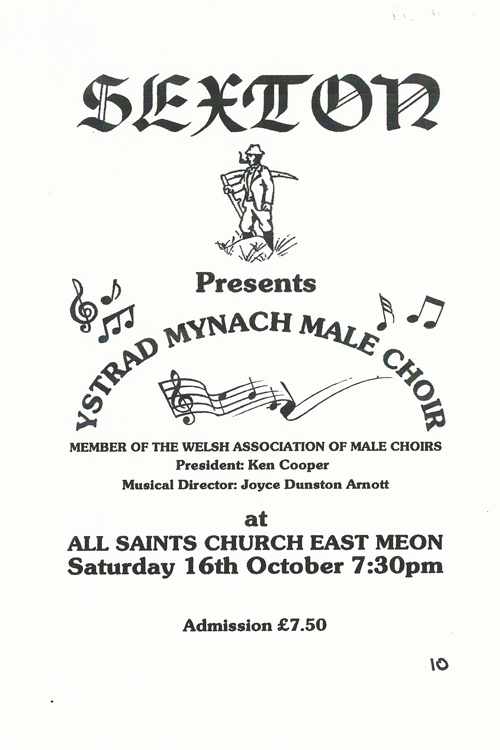 Notice of concert to raise funds for the Sexton's Charity 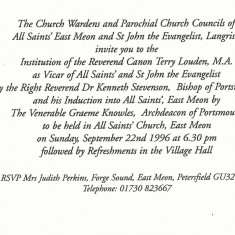 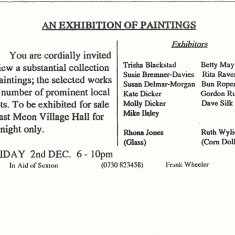 Reverse of art sale invitation, with list of village artists who had contributed work. 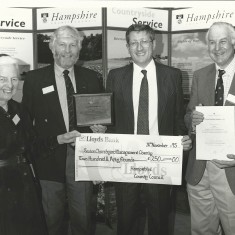 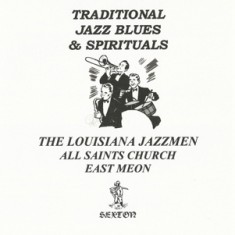 The Sexton’s Charity was established by Frank Wheeler in 1995. He had inherited from Christopher Brough the role of co-ordinating the maintenance of the churchyard. Funds were raised through events including concerts and an annual art sale in the Village Hall.

This section contains a letter to the Countryside Service of Hampshire County Council, describing the establishment of the Charity and its purpose, and notices of fund-raising events.

In June 2013, Frank and Jenny Wheeler recorded an Oral History interview with Michael Blakstad, and the section relating to the Sexton’s Charity is attached as a PDF.