You are here: Home>Categories>People>Collections>Beth Fisher 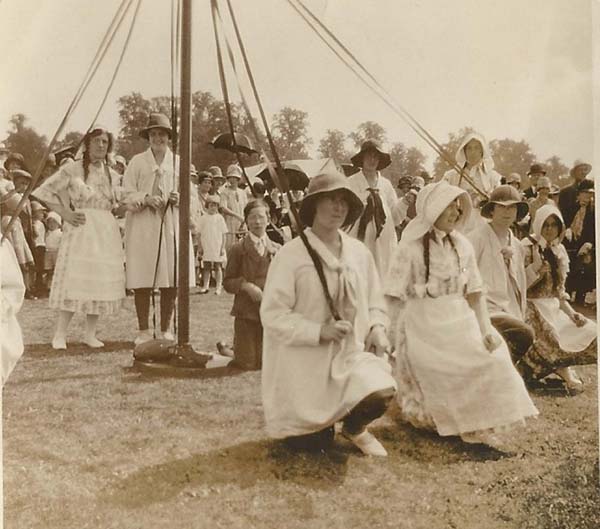 The History Group was approached in May 2013 by Norman Day, a retired solicitor. He wrote:

”I have a acquaintance living in Swaffham [Norfolk] who has been dealing with a  effects of a recently deceased friend. Among these effects are photographs and postcards of East Meon dating to the beginning of the last century. There was a family connection [the family name was Fisher] and holidays were taken in the area over many years.

Not wishing to destroy these artefacts we were wondering if there was a suitable repository in the village or perhaps at Petersfield where they might be deposited as reference documents.”

A later email reads: ”Tonight I have been speaking to my friend, Olive Wilson, who lives in Swaffham and it is she who is holding the postcards, letters etc. relating to East Meon. The connections to East Meon are somewhat complicated and my involvement is coincidental, I have no family connection. Olive has been sorting through the effects of a deceased friend whose late sister had a companion, Beth Fisher [Bertha] and it was she who had the connection to East Meon.

Olive tells me she has a large pile of papers to go through and has undertaken to place everything relating to East Meon into a file and will annotate documents where she is able. I will be travelling to East Anglia during the summer, possibly next month, certainly in August and I will be happy to pick up the file and convey it to you then. Trust you will be happy with this arrangement.”

Beth Fisher and Olive Wilson had worked as clerks for Mr Day’s firm, and lived together until Beth’s death.

The documents were later collected from Norman Day, and is in the Library. Most of the images have been scanned and can be seen in this section of the archive. (A number of old Post Cards have been separately entered under ’VIllage/Post Cards’.)

David Hopkins has compiled a family history of the Fisher Family. Clara Fisher, a cousin of Beth’s provided the interview which is extensively quoted in Shops and Trades.

Larger resolution scans are available on application /Resources/People/Collections/Beth Fisher. Most of the collection is in the Library M/5; old postcards of East Meon are in S/17.