You are here: Home>Categories>People>Collections>James Alexander 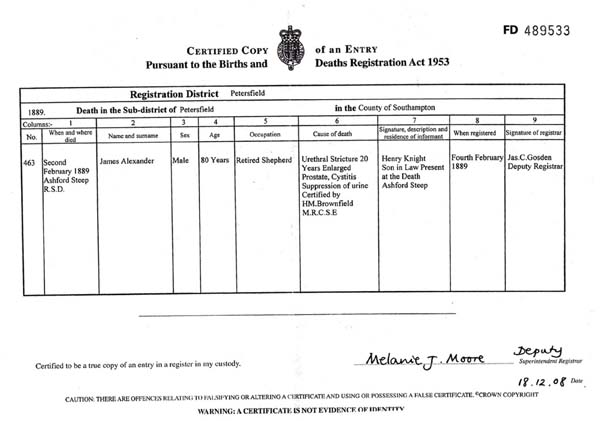 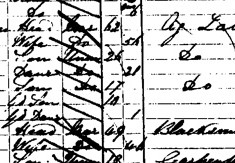 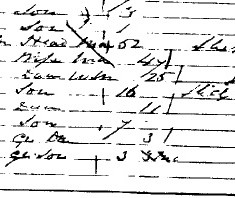 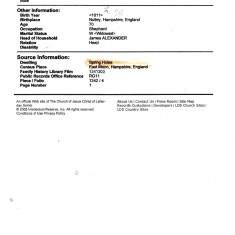 Chris Walters brought to the Open Day these records of great great grandfather, James Alexander, a shepherd who living at Springholes for some of his life. Chris’  search for his grave was rewarded when he came to East Meon and found that great grandfather and -mother were buried at Langrish. His story of the search is attached, as are census returns showing the family in residence in 1861 and 1871, and death certificates of James.