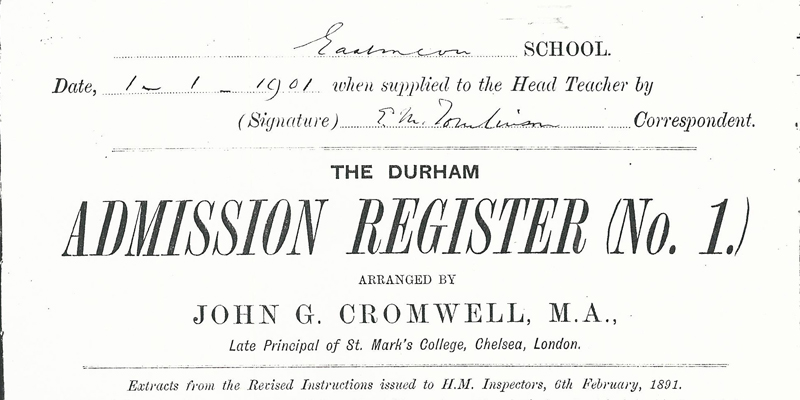 The School holds a folder of school registers from 1901 to 1994. These are photocopies, of which the originals are held at the Hampshire Record Office.

They offer a fascinating picture of life in East Meon in the first six decades of the 20th century. Pupils came and went at any time of the year, arriving in the village when their fathers found work here, leaving when they found work elsewhere. A remarkably low percentage remained until they reached the leaving age of 14.