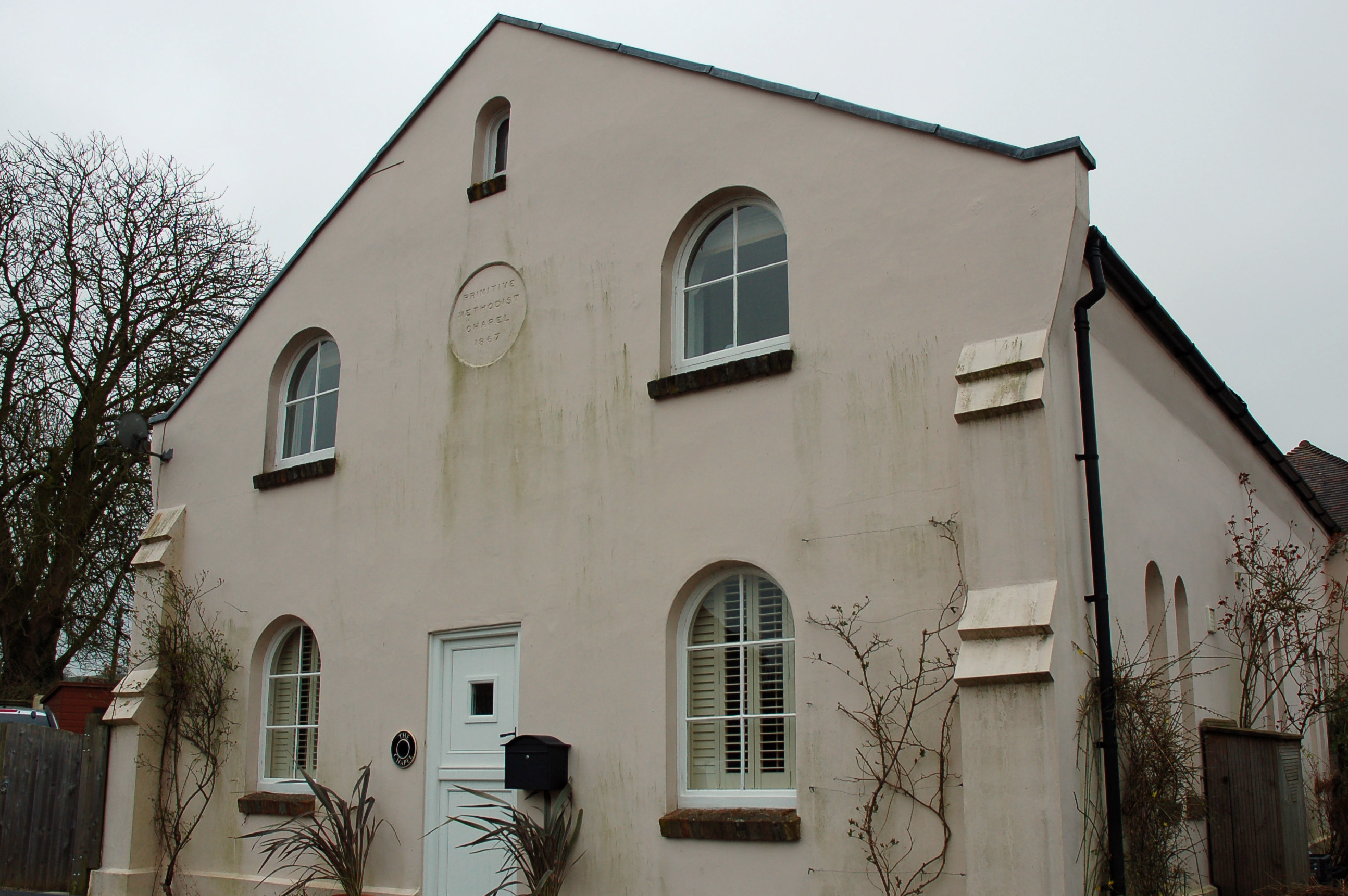 East Meon's Primitive Methodist chapel, one of the three Nonconformist chapels in East Meon when Rose Andrews was born.

In September 2013, Julie (surname not given) contacted us for help with her enquiries about Rose Helena Andrews, whose baptism is not registered in the records of All Saints. David Hopkins suggested that her parents may have been nonconformist, and that she may have been baptised outside the Anglican church. Rose’s father was Charles Andrews; she subsequently left East Meon to work in London and was married to Eric Henry Treadwell. She died at the age of 82 in Hammersmith. Julie’s correspondence is attached at a PDF, below.