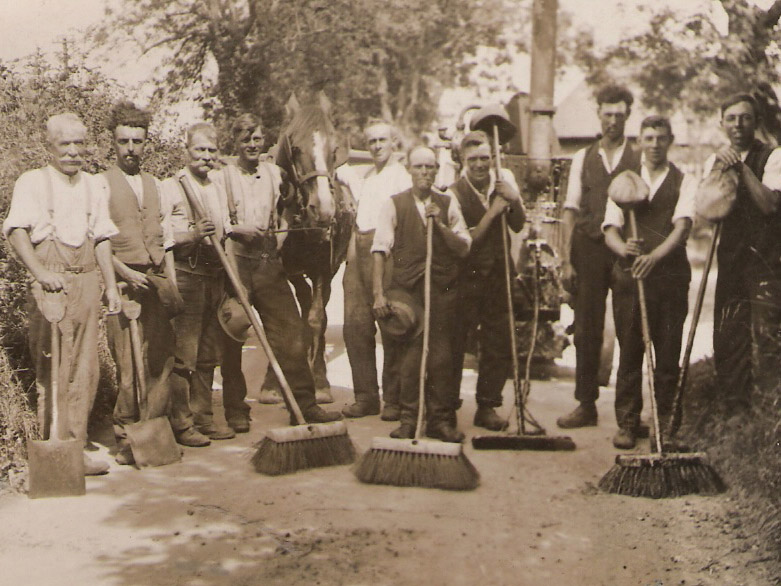 William Jeremiah Christmas is on the left of this photograph of the Leydene House gardeners building the driveway. The man next to Jeremiah is Curly Adams, and the man in the middle smoking a pipe is Jack Cook. 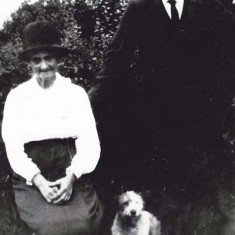 William Jeremiah and Ellen Christmas, Ellen died in 1955. In addition to the five girls, she also bore three boys, all of whom died young. Freddy died aged 2 weeks in 1912, William two weeks later, aged 2. The story is told that Ellen walked the boys to Petersfield two days before Freddy’s death. A robin hopped all the way just behind them, which was seen as a harbinger of the death of the two boys. 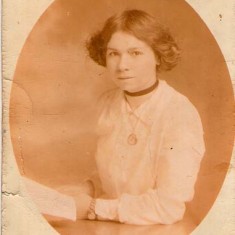 Millie Christmas in 1915, She later married one of the three Canadian brothers, the Barratts, and her grandson Mike Barratt became a leading space doctor and astronaut, 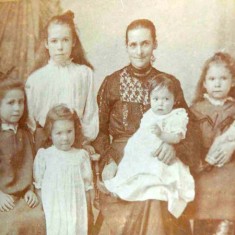 The Christmas girls. Back row, L to R, Maud, born 1887, who did not marry, Ellen, the mother, Lily, later Nicholson, who stayed in England. Front row, second from L, Rose, married name Mauback, Nellie, later Herbie Goddard’s wife, The other girl is probably May, who married the first Barratt brother.Millie and Dolly, both later Barratts, are not in the photo. 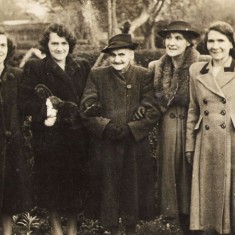 These are family photographs of the Christmas family. The parents, William Jeremiah and Ellen Christmas had two sons, who died young, and five daughters. One, Nellie, married herbie Goddard, later the “Mayor’ of East Meon (chairman of both the Parish Council and the Village Institute Committee). Three married Canadians, and one of their descendants is Dr Mike Barratt, space doctor and astronaut.