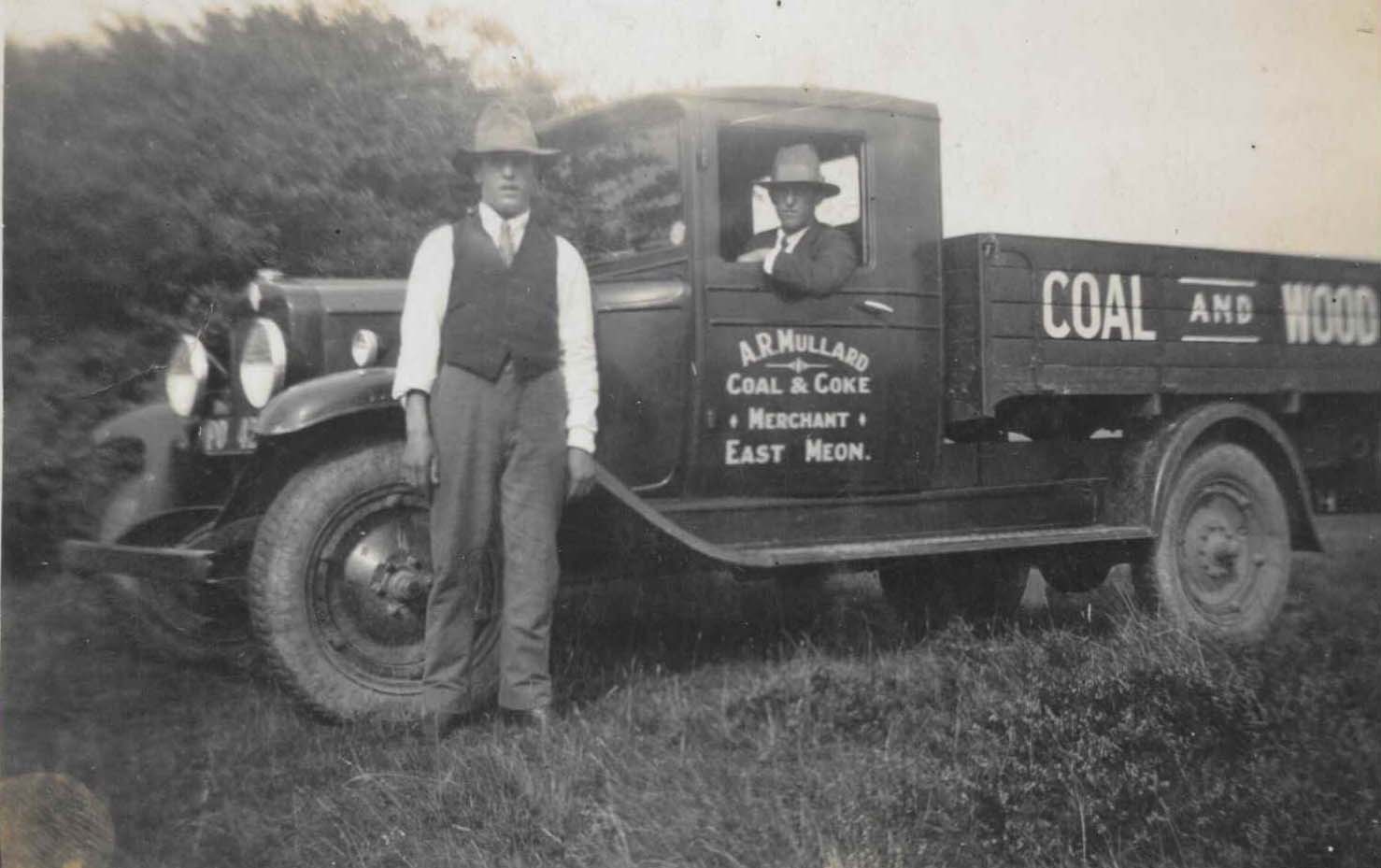 A.R.Mullard Coal and Coke delivery. The two sons and the lorry. 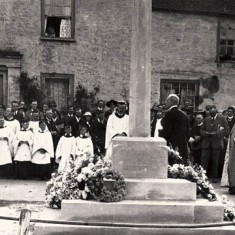 Dedication service of the War Memorial, in 1923 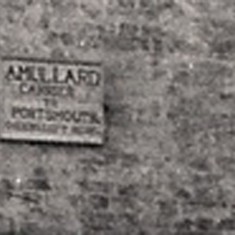 The sign reads 'A Mullard, Carrier to Portsmouth'. His competitor, Noble White, lived just 100 yards down the High Street. 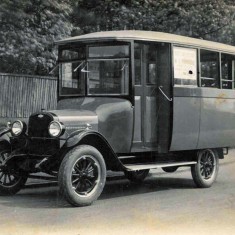 One of the two busses built on a Model T chassis, in which Albert Mullard operated a service to Petersfield in the 1920s and 30s. 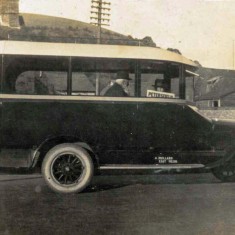 The second bus, with passengers. Since grandfather Albert did not drive, his two sons Arthurand Albert drove the busses, from a young age.

David Mullard contacted East Meon History Group in July 2015, to inform us that East Meon was an integral part of his Grandparents’ and Father’s lives from 1906 through to the early thirties. . His grandfather (Albert Richard Mullard) lived and worked in East Meon when he and my grandmother (Mary Ann) were married in 1906; the teenage couple lived at Hyden cottages when their first daughter Agnes was born In 1907. He later established a business as ‘carrier to Portsmouth’ (see photograph of plaque on the wall of Barnards, 1921) and jn the late twenties grandfather Albert ran the first bus service from East Meon to Petersfield using buses built on Model T chassis  in their late teens, . His sons Alfred (David’s father) and Albert drove the buses, and the family subsequently ran a coal delivery service.

As well as the photos supplied by David, there is a PDF attached containing his correspondence with EMHG, in which he describes in more detail the activities of his father and uncle.