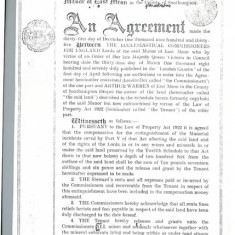 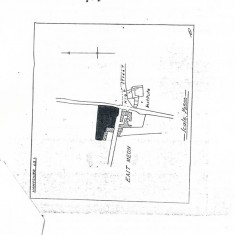 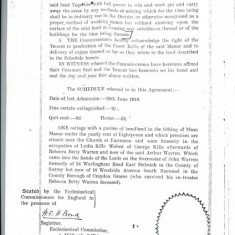 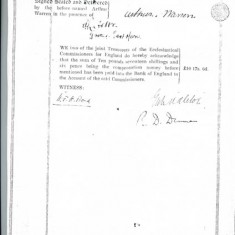 Copies from the original 1935 document, an Agreement with the Ecclesiastical Commissioners. It refers to

”One cottage with a garden of bondland in the tithing of East Meon situate near the church formerly in the occupation of Lydia Kille, widow of George Kille, afterwards of Rebecca warren, now in the hands of Arthur Warren. Now into the hands of the Lords on Surrender of John Warren….”