The Tithing of Turnips Act 1835 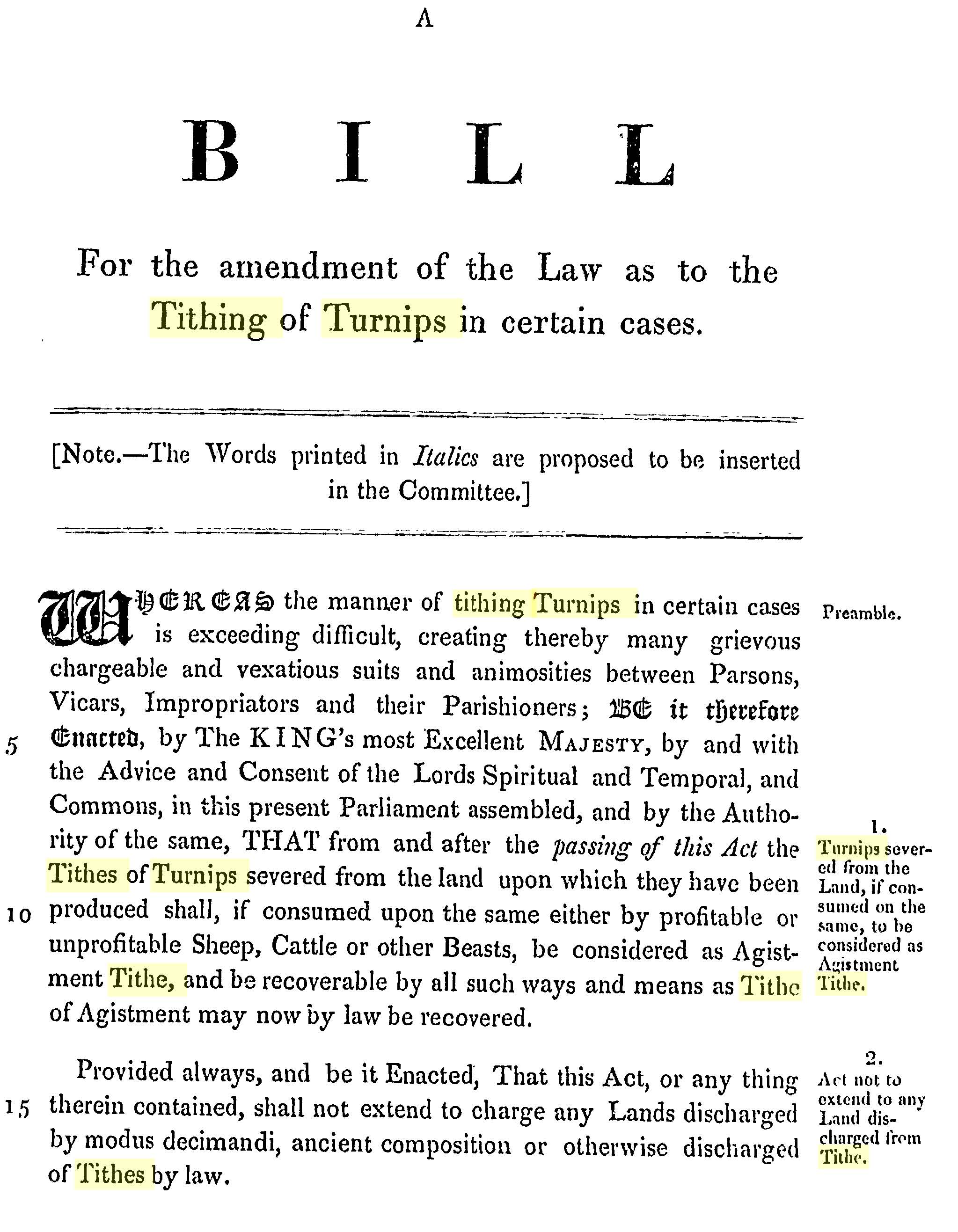 Act passed in 1835 to reject the Tithing of Turnips by the Vicar of East Meon, Rev Thomas Cooke Kemp.

The Reverend Thomas Cooke Kemp was vicar of East Meon from 1826 until 1867. In 1831, he attempted to increase his income by insisting that tithes be paid on turnips raised for the feeding of animals. The owner of Bereleigh, Captain Samuel Pechell RN, refused to pay the increase, and in 1831 Kemp sued Pechell in the Court of Exchequer, and won the case. Two years later, Pechell’s brother Richard, an MP, successfully moved a petition in Parliament which reversed the court’s decision. Michael Blakstad has written an account of the case and its placce within the history of tithes in East Meon, which is attached as a PDF.