You are here: Home>Categories>People>Collections>Goddard>Spaceman Michael Barratt

Michael Barratt preparing to do his stint in the Russian Space Laboratory, 2004. 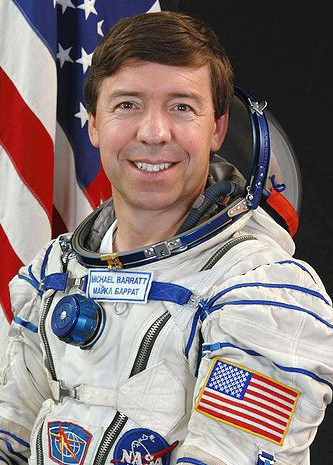 Dr Michael Barratt is descended from William Jeremiah Christmas, through May Barratt, the sister who married Canadian Jack Barratt in 1918, and returned with him first to Canada and later to the USA. Dr Barratt was a space doctor, based on the Russian space station, and subsequently qualified as an astronaut.