You are here: Home>Categories>People>Collections>Pam Sparrow 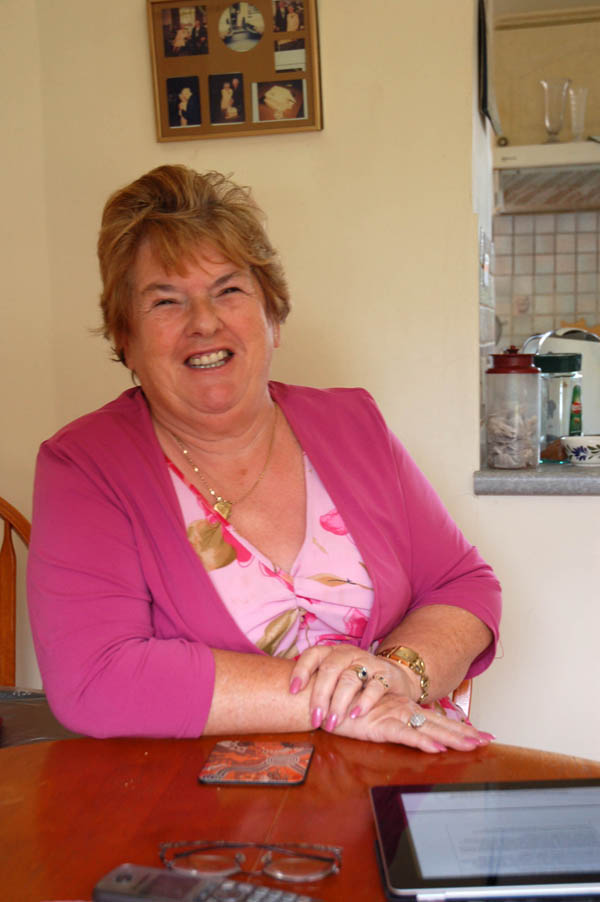 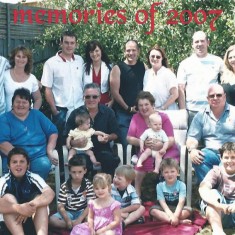 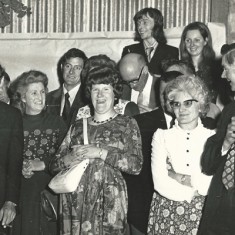 Dance at Tosdevines' barn, while VIllage Hall was being built. On left, George Young, Arthur & Sheila Newbury on right, front row. Andy and Carol Powney, back row. Help with identification of others would be most welcome. 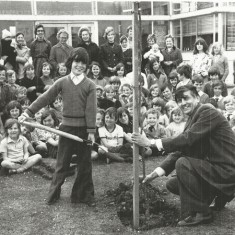 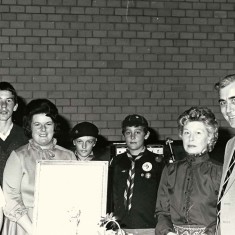 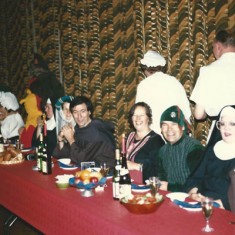 Pam Sparrow and her husband John left East Meon for  Australia in 1993. She kindly provided East Meon History Group with her collection of photographs of their life in East Meon which have been scanned (and returned to Pam in Australia).

Pam went to school in Petersfield. Her husband John had been Caretaker in the old Village Institute and they had lived in the caretaker’s cottage from 1968 until the Institute and the cottage were demolished, in 1973. As caretaker, John took bookings, maintained the premises and facilities (and was criticised when louts damaged the billiards table) as well as the outside toilets and kitchen.

The old hall was ‘lovely for music’. There were many dances. When the late-night bus service to HMS Mercury ceased, taxis were laid on by Aburrow and Goddard to take the sailors back after dances.

Pam’s photos and information about the Fund-raising for the Village Hall are on a separate page.