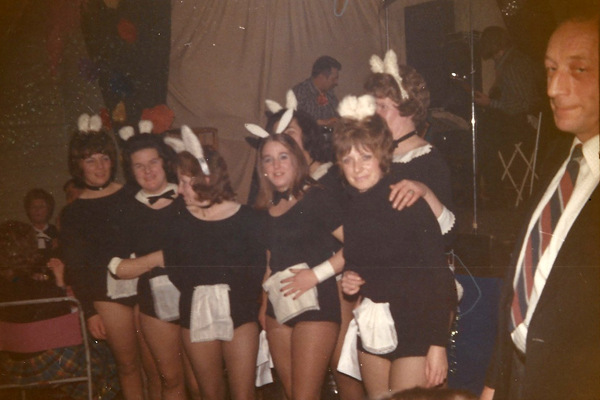 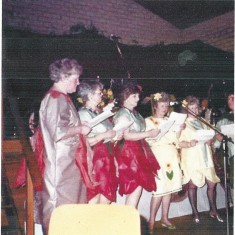 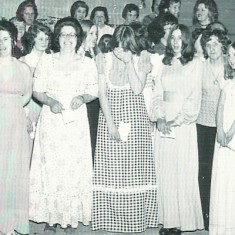 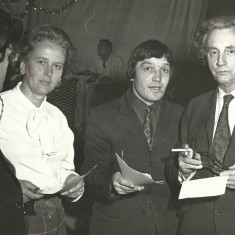 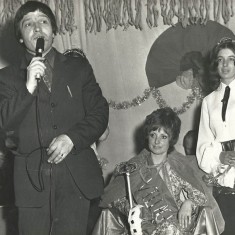 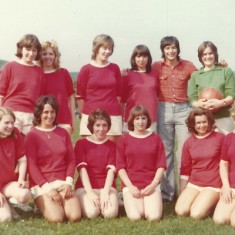 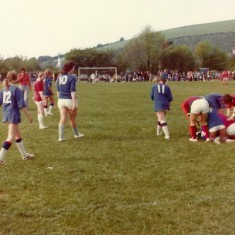 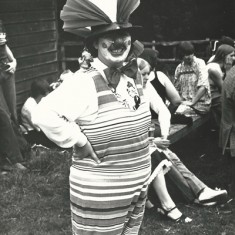 Pam Sparrow as a Clown, at Loony Olympics, fund-raising event. 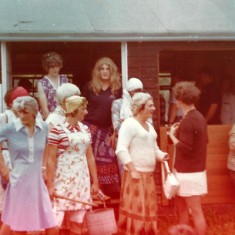 John and Pam Sparrow were very involved in fundraising for the new Village Hall, between 1971 and 1975. John Sparrow was on the fund-raising committee and acted as M.C. at many events.. Others involved were Hazel Pamplin, Jenny Wheeler, Sheila Newbury, Jean Blackman and Joyce Colebourne. The six ladies were very involved in the social events, dressing in themed costumes (including Bunny Girls, Serving Wenches, Cow Girls, Hawaiian Girls and Four Seasons – daffodils, roses, holly and ivy). They served at table and sang.

Other regular performers were Arthur Newbury, Dennis Colbourne and Les Blackman. Up to 100 people attended these events.