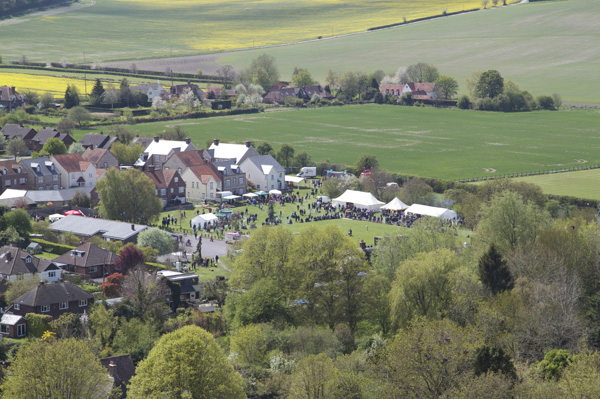 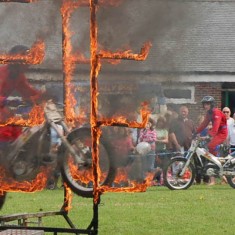 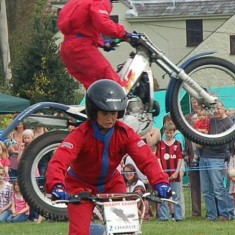 Eagles jumping above and below 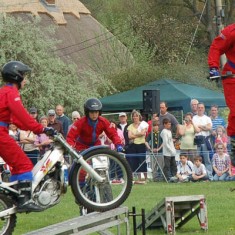 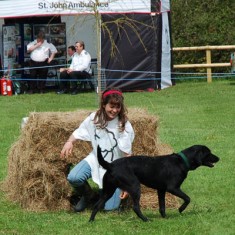 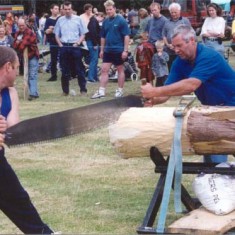 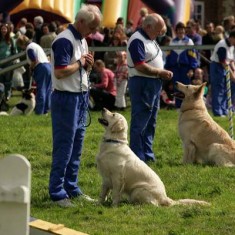 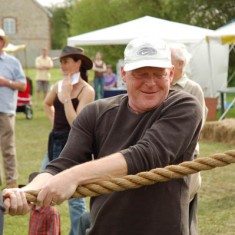 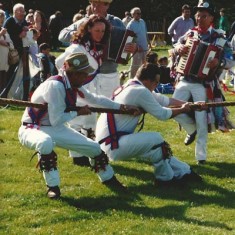 One of the early Country Fairs, the Morris Dancers join in the tug-of-war. 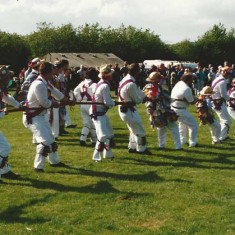 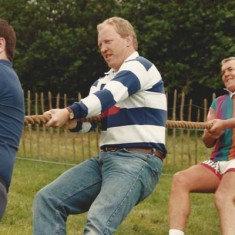 Rory Bremner, then living in East Meon, invited Scottish International rugby players to join his team in the tug-of-war 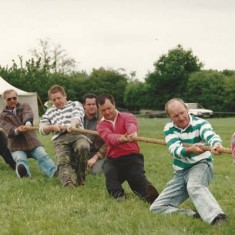 The village team did their best ... 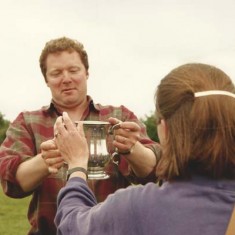 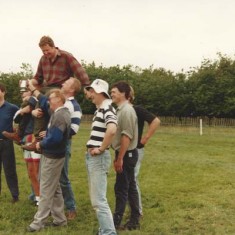 His team carry Rory, and the cup, shoulder-high 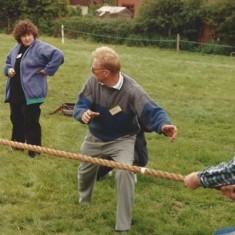 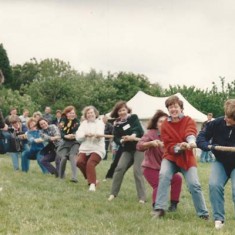 The women's team were allowed to field a few extra members. 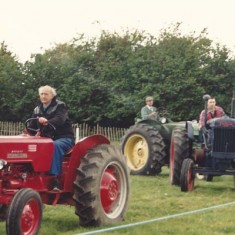 Parade of vintage tractors at an early Country Fair. 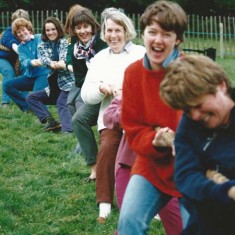 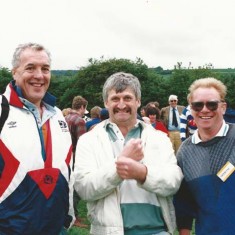 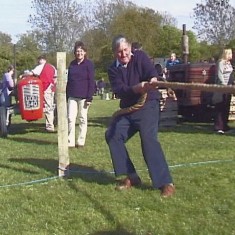 Michael Atkinson pulls in tug of war against ... 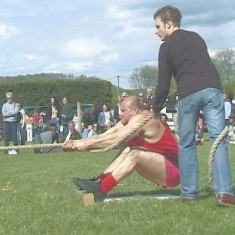 There are usually two arenas, with a wide variety of attractions.