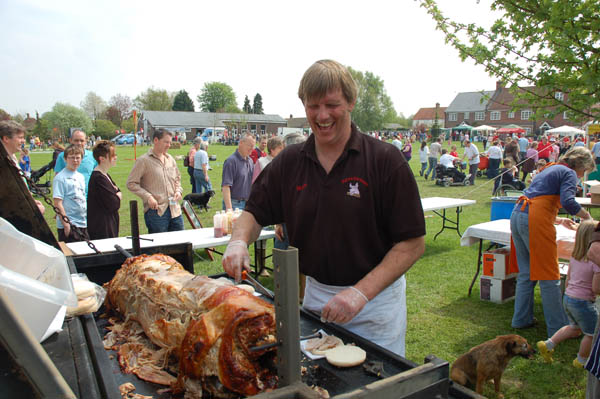 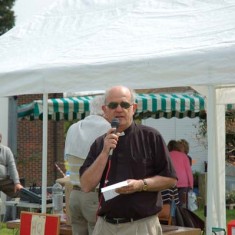 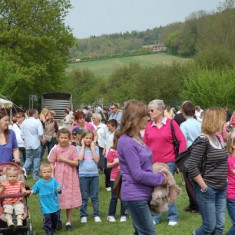 Crowds pouring in. Up to 6,000 people have attended East Meon's Country Fair, held on the first May Bank Holiday of the year. 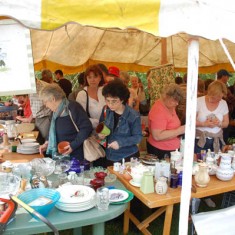 Crowded bric a brac stall. On the left, Hazel Rendle, one of the village residents running the stall. 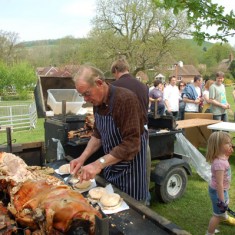 Local farmer Frank Moffatt carving the hog roast, which is provided by another farmer, Matt Atkinson. 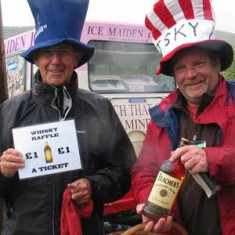 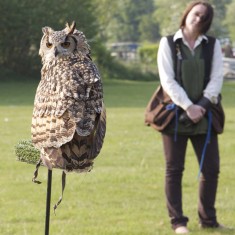 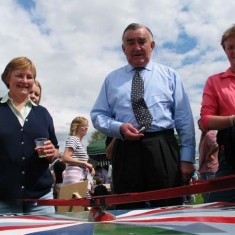 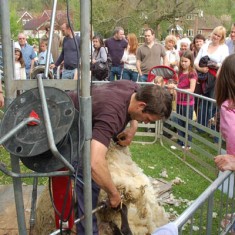 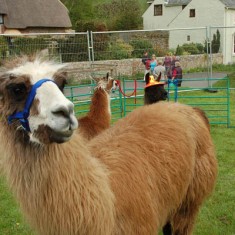 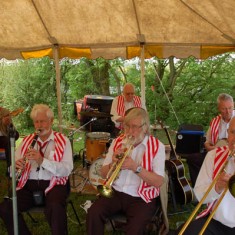 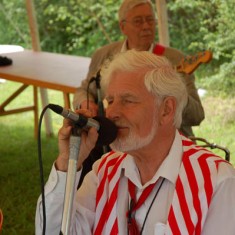 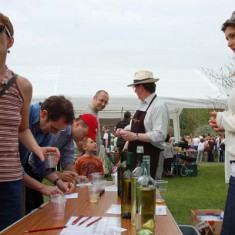 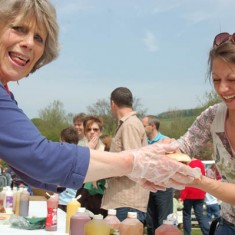 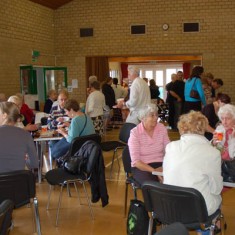 Tea and cakes in the Village Hall. The moneys raised go towards the maintenance of the Hall. 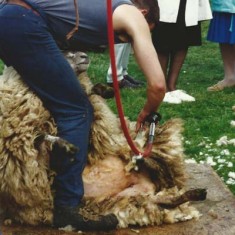 Sheep shearing at one of the earliest Country Fairs. 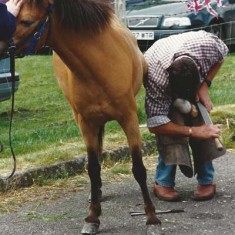 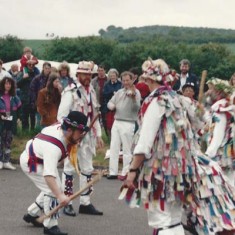 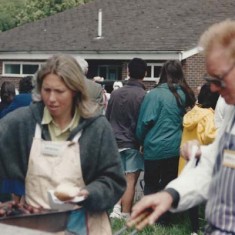 Susie Bremner and Kieth Kitcher at barbecue at an early Country Fair. 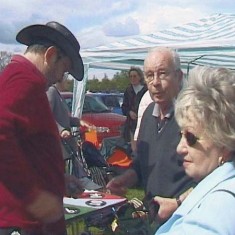 Hazel and Chris Pamplin at Spinning Jenny at Country Fair

There are voluntary stalls run on behalf of the Village Hall, and franchise stalls operated by agreement. Demonstrations of country skills bring home the central message of the Fairs.