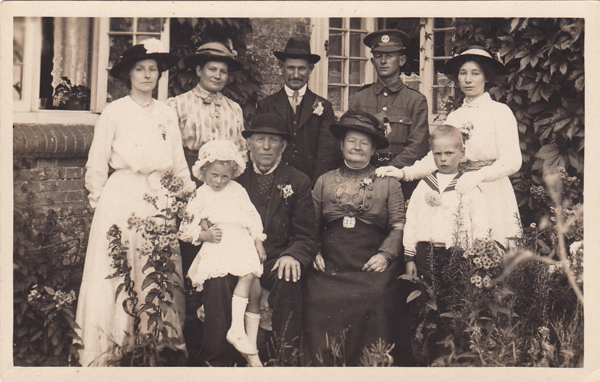 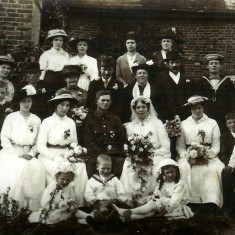 Information from Denise Moody: They both came from large families but no one has a clue who the other people are in the photo except Granny and Grandad Bone, he is in his army uniform and of course Granny in her wedding dress plus both sets of parents - Grandad Bones behind him with his Mum to the left and his Dad beside her further to the left. Granny Bone's parents are directly behind the bride and groom. 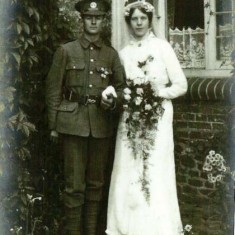 Edward Bone in army uniform and Alice May in wedding dress. The wedding took place on 28th August 1915 at Liss. 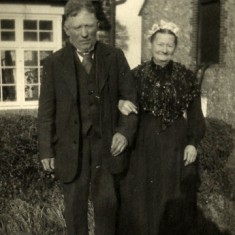 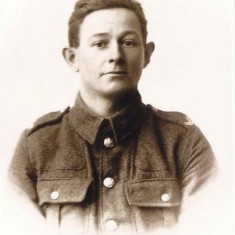 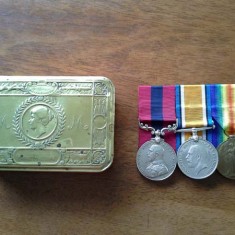 Edward Bone's medals and the tin in which they have been kept. 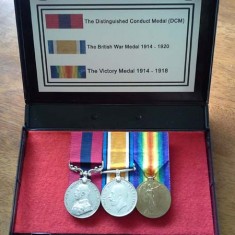 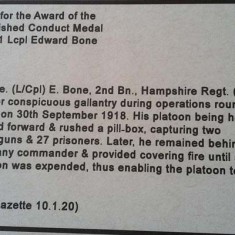 The citation (transcribed, in notes below) 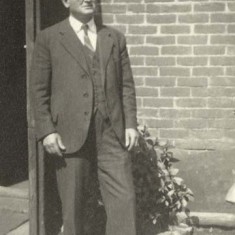 Edward Bone in later life; from 1922 he worked as a lorry driver on the Leydene Estate. 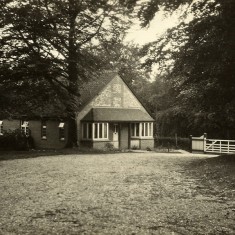 Hambledon Lodge, Leydene, where the Bones lived until 1944 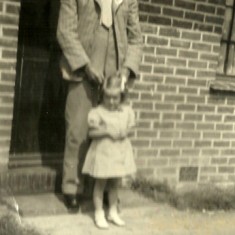 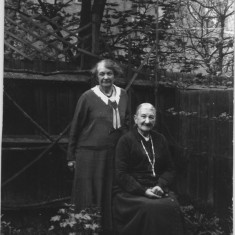 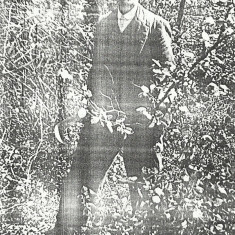 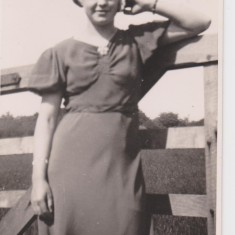 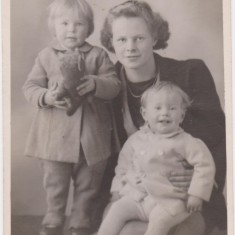 Denise Moody of Dunedin, New Zealand, contacted us in May 2014 to inform us about her grandfather Edward Bone, who had won the DCM in October 1918. The email read:

My Mother-in-law Mary Ellen Moody, nee Bone died in New Zealand last year age 89. We have been unable to find where Mary was born on 5th December 1923, she was married in the All Saints Church on 25th May 1942 to Ernest Arthur Moody a New Zealand Serviceman. Her maiden name was Bone, she was the daughter of Edward and Alice Bone who lived and worked on the Estate of Leydene. My husband Robin and his older sister Shirley were both baptised in the All Saints Church before the family left for New Zealand at the end of 1944. Any information you could give us would be very much appreciated.

An account of Edward Bone’s action was published in the August edition, 2014, of Meon Matters, click here for the article, on the East Meon History website. The citation, published in the London Gazette, reads:

For conspicuous gallantry during operations round Gheluwe on 30th September 1918. His platoon being held up, he worked forward and rushed a pill-box, capturing two machine-guns and 27 prisoners. Later, he remained behind with his company commander and provided covering fire until all their ammunition was expended, thus enabling the platoon to withdraw.”

History Group member David Hopkins has conducted further research into the action on October 2nd, and we shall be adding more source materials, including maps of the battle field, as this progresses. David has also researched the families of both Edward Bone and Alice Richards and his notes are attached as PDFs.

Originals are held by Denise Moody in Dunedin, New Zealand