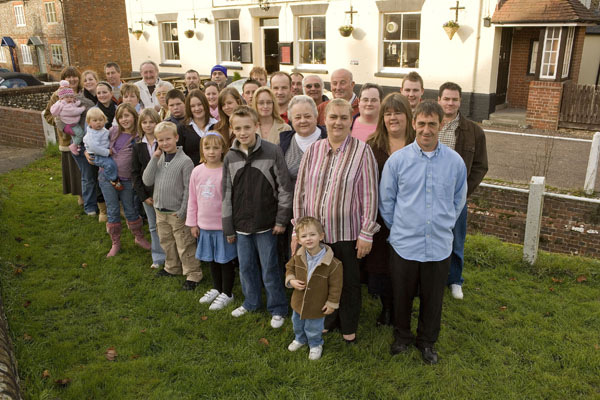 The Whitears of East Meon, photographed in 2010. 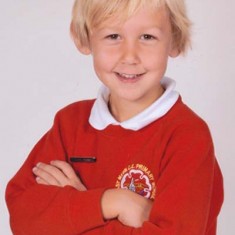 Hello, I’m Archie James Whitear and I will be 7 this year. I go to East Meon School. I’m in Oak class. My teacher is Mrs Nineham. I like Maths, Art and Craft and playing football at playtime. I hope you enjoy reading some things about my family. 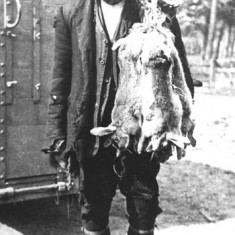 This is my Great-great-grandad, Walter. He was born in Kilmeston in 1865. I don’t know where he went to school. He later lived at Bordean Cross and Coombe Bottom, working as a shepherd. You can see he quite liked catching rabbits as well! 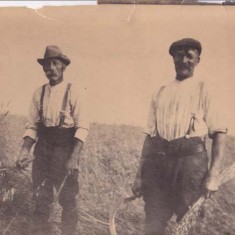 Shepherds, from Jeanette Whitear's collection. Walter Whitear on the left. 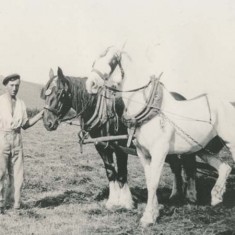 This is my Great Grandad Alfred who was born in 1903. Everybody called him ‘Jack’. He didn’t start school until he was 8 and had to walk there and back (about 6 miles) from his house in Coombe. He left school at 12 and went straight to work as a shepherd boy. He worked for Sam Hardy at Lower Farm (you can see him in the photo working with the horses), then for the Berrys at Oxenbourne and the Jones at Hillhampton Farm. 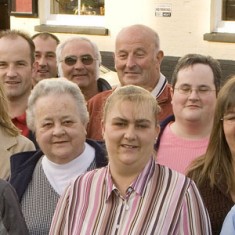 This is my Grandad Harold. (In dark glasses). Everyone calls him ‘Nobby’. He was born in 1948 and went to the ‘Old School’ on the Hill. He remembers that his headmistress Mrs Hayes kept her hanky tucked into her knicker leg. Everyone took turns to be dinner monitors, and when the milk was delivered in the morning, it was kept warm by the stove until first break. 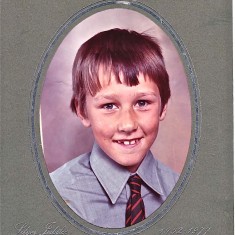 This is my dad Justin. He was born in 1969 and went to the same school as I do now. He liked P.E. and gardening on Wednesdays. His Headteacher’s name was Mr Lewis. After my Dad left Agricultural college, he worked at South Farm. He now works at Duncombe Farm. My dad says he likes Farming because he likes working outside and driving big tractors and machines. 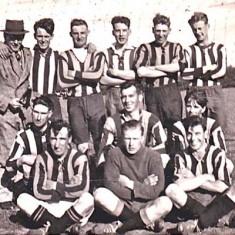 There is a Whitear in this East Meon soccer team, but we don't know which he is. 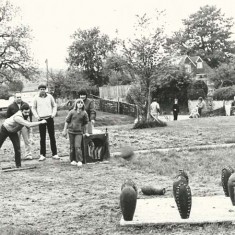 Archie Whitear prepared a family history as a school project in 2012. In addition, Jeanette Whitear brought some photographs to the History Open Day in 2013, not all of which she was able to identify.