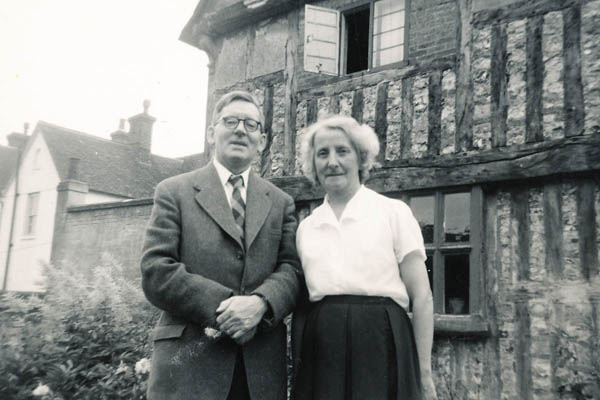 Ralph and Ruth Woodfield at The Tudor House 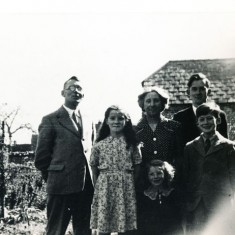 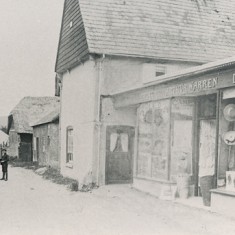 An early photograph of Workhouse Lane and Warren's shop 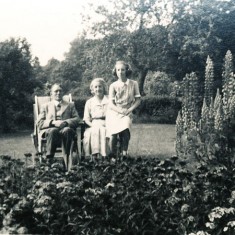 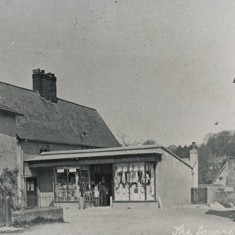 The Square, with Rose Cottage (since demolished) on the left. 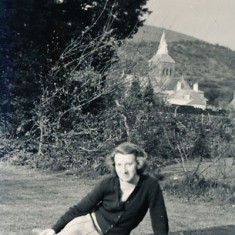 Olivia Woodfield on the lawn at The Tudor House, with a clear view of All Saints' spire behind. 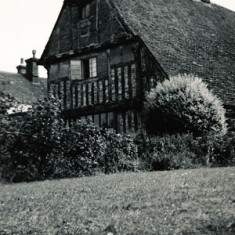 The Tudor House, with its lawn. 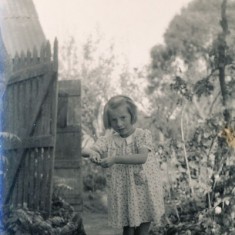 Olivia with chickens – the pig was kept nearby 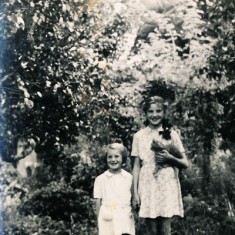 Olivia and Margaret in garden 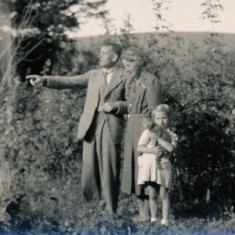 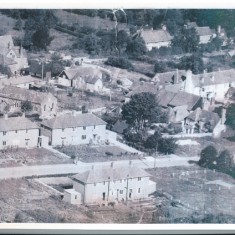 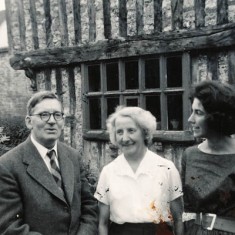 The Woodfields with daughter Margaret when they visited The Tudor House in 1981. 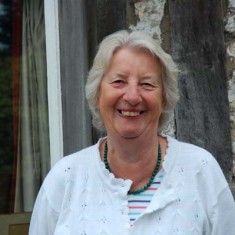 Attached as a PDF is an account of recent visits by the Woodfield family, and of Olivia Tottle’s memories of East Meon in the 1940s and ’50s

Another PDF is a transcript of an interview with Olivia.