You are here: Home>Categories>Buildings>The Tudor House 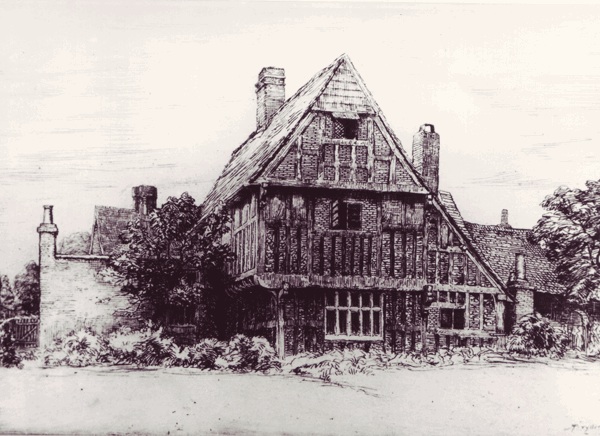 Engraving of The Tudor House by Robert Bryden, 1905

What is now called The Tudor House was originally built in 1333 as a Hall House. In the 1580s, it was ostentatiously rebuilt in by a rich owner.

These records include notes and diagrams by architectural historian Edward Roberts, who has studied the house, and old photographs taken at the beginning of the twentieth century. The Woodfield family rented the house during World War II, and their memories and photographs are in a separate section.

Michael and Tricia Blakstad owned The Tudor House from 1980 to 2011. They added the conservatory at the east end of the house, and a studio above the kitchen which uncovered the great truss beam. They also removed and insulated the boards covering the two exterior gables. There is a gallery of  photos recording these processes.

Larger resolution files in Resouces/Places/Tudor House, papers and photos in Library B5 to B10