You are here: Home>Categories>Poverty>Forbes Almshouses 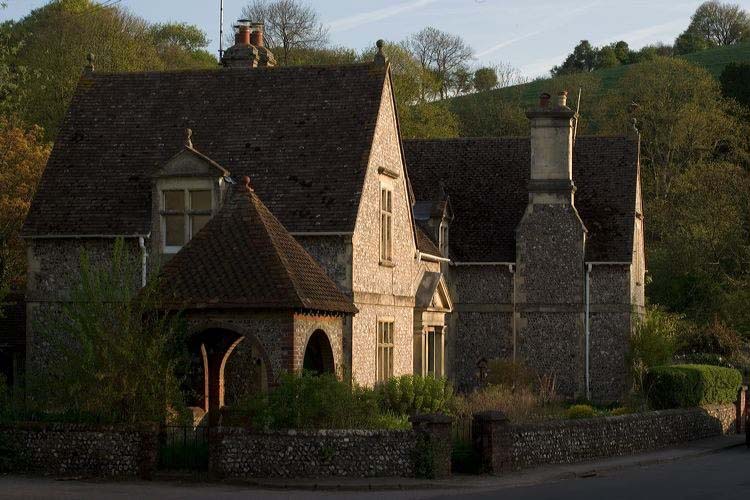 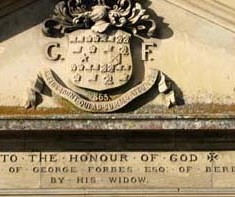 Inscription, recording the dedication of the Almshouses to George Forbes. 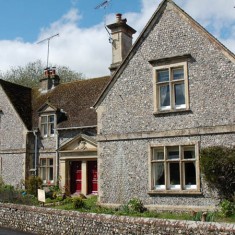 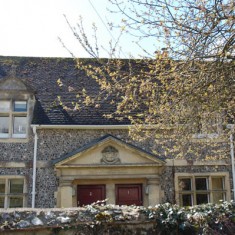 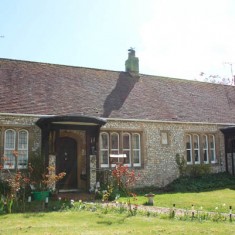 Almshouses on the other side of Church Street, built in 1904.

Although Almshouses were not established to take the place of village workhouses, their role in providing housing for parishioners was one means of the parish taking care of its poor.

The images and papers on this page are from the House History researched by Richard and Jane Brown and exhibited in June 2012. This is the text of the panel:

On 19 December 1863 Mrs Joanna Agnes Forbes of Bereleigh House transferred to trustees a piece of land “containing 19 perches with almshouse buildings thereon” upon trust to be occupied by persons “above 65 years of age and a parishioner of [East Meon] parish or irremovable from the same, of good character and reputation, but in indigent circumstances”. Mrs Forbes had purchased the land on the west of Church Street, shown on the 1852 East Meon Tithe Map as “cottages and garden” owned by James Lock and others. She demolished the cottages and built the almshouses in memory of her late husband George Forbes.

She endowed the trust with £800 3% consols  (government bonds) and £300 new 3 per cent annuities.  After running expenses and repairs the trustees were to pay to the “inmates” in addition to the use of the dwelling allotted, the sum of five shillings a week or seven shillings and sixpence to a married couple.

On 10 August 1904, an additional site on the other side of Church Street was purchased by the then trustees, and in 1906 two additional almshouses were built by a Mr Read of West Meon. 24 perches of land cost £80 while building costs and architects’ fees amounted to less than £1000 an illustration of the buying power of money in those days.

In 1995 two small and virtually defunct local charities, were amalgamated into the Forbes Almshouses. The first of these, the Oxenbourne Fuel Allotment charity, had been established in 1851 and allowed local occupiers of small cottages not exceeding an annual value of £4 to grow and cut firewood on land on Oxenbourne Down. It also provided for land to be provided for recreation of the neighbouring population, which became East Meon Recreation Ground (on which cricket is now played). The second charity, in the name of Samuel Henry Colverson, bequeathed £50 in 1937 to the vicar and church wardens; the investment income to be used to distribute coal to the “deserving poor” of East Meon at Christmas.

The trustees of the charity remain, as originally specified by Mrs Forbes, the vicar and church wardens of East Meon Church, the owner of Bereleigh and one nominated trustee.

There was a great deal of repair work and modernisation in the 1960s and 70s and combined with the inflation at the time it was necessary for the weekly stipends to stop. The occupants of the almshouses are, of course, no longer described as “inmates”, nor do they receive allowances from the trustees – on the contrary, although they are not tenants and pay no rent, they do pay a monthly maintenance contribution without which the almshouses could not have continued in being.