Studies of the River Meon 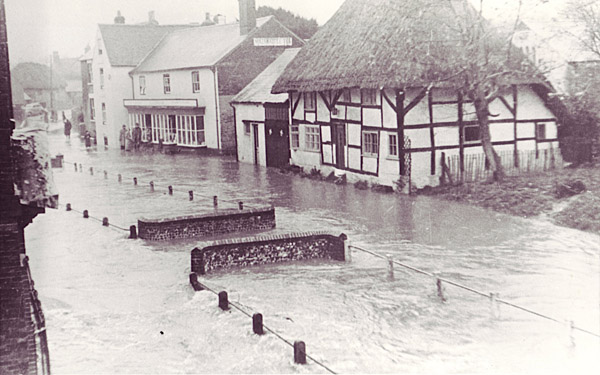 The River Meon is a turbulent member of the East Meon community. Click here for a gallery of old photographs showing the severe floods which took place in the 1950s and before. Even after extensive engineering work, which introduced a culvert parallel to Workhouse Lane and replaced the river banks with brick walls along the sides of the river as it flows through the village, there were several flooding incidents, exacerbated by water running down the slopes as the volume of hard surfaces increased, the result of extensive new building in the village. Conversely, conservation and wildlife bodies have been concerned by lack of natural habitat for fish in the concrete bed which was part of the re-engineering.

For this reason, a number of surveys and studies were conducted, and continue to be made, of the geology and biology of the river. PDFs of several of these are contained in this section, whilst hard copies of some are held in the Library.

Paper copies of most reports are held in the Library