You are here: Home>Categories>Village>Analysis of Census Returns, 1841 - 1911 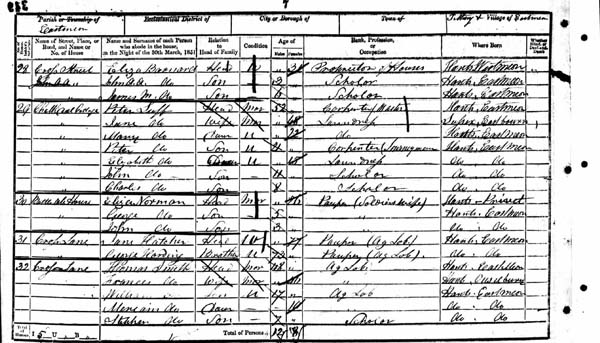 Extract from 1851 Census of East Meon.

EMHG member David Hopkins has analysed the census returns for East Meon and Frogmore, Riplington and Coombe, Oxenbourne, Langrish and Ramsdean, from 1841 – 1911. He has further broken the population figures down into male and female, and the buildings into occupied and unoccupied.

The Excel document is attached below.