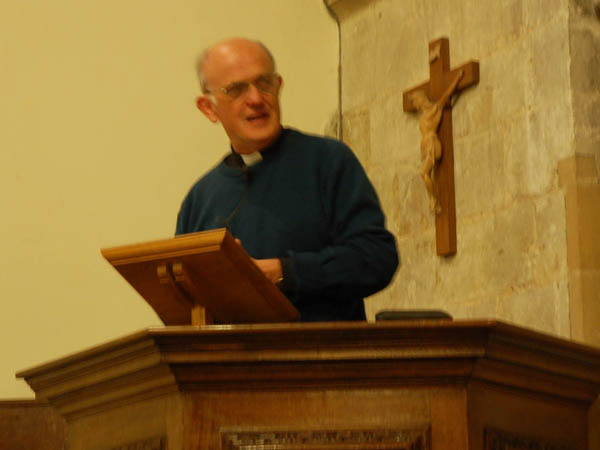 Reverend Terry Louden giving talk on history of All Saintsi. 2014. 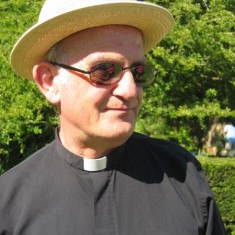 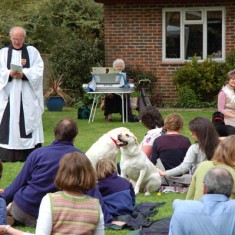 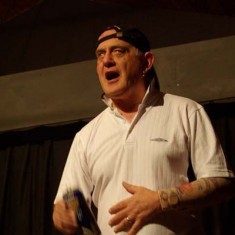 The vicar as a lager lout, East Meon's Got Talent, April 2004 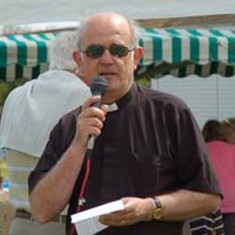 The Reverend Terry Louden retired as vicar in July 2013, after 17 years at All Saints. He was succeeded by the Reverend Jane Ball.

He wrote a comprehensive History of All Saints Church which was delivered to the Garden Club in 2007 and is set out in the History Group website.

Terry Louden gave two papers  to East Meon History Group which are attached as PDFs. He also wrote the text of the pages on the history of All Saints on the History Group website, click here.

An article in the Petersfield Post announcing the appointment of Reverend Jane Ball is also attached as a PDF.