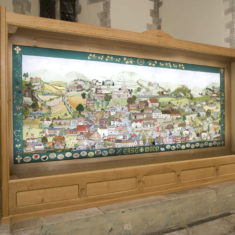 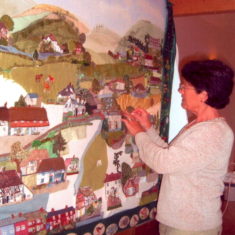 Cathy Clayson lived in Heycroft on Workhouse Lane and with her husband Charles led the initiative to create the Embroidery, 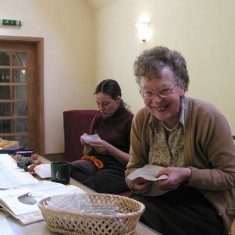 Monique Aldridge and Sylvia Brindley. A team of over 30 embroiderers started work on the tapestry which was to include 107 houses and the fully embroidered borders which incorporate 26 birds, animals and church features. 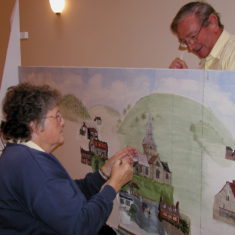 Charles Clayson and ? working on embroidery 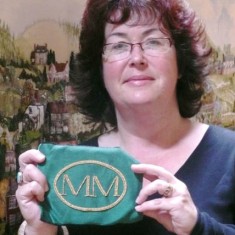 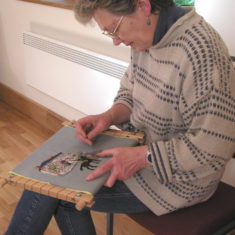 One of the most skilled sewers was Anne Hutchings, who previously lived in Bottle Cottage, Workhouse Lane and now lives in Petersfield. 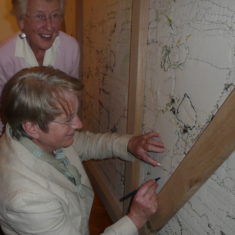 Signing the back- Tricia Blakstad 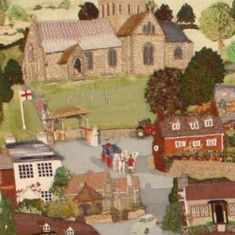 From the Millennium Embroidery, 2003. Wedding carriage outside All Saints. 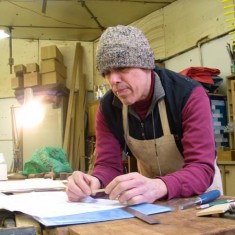 Steve Lamont lived in East Meon for thirteen years and was commissioned in 2008 to design and construct a frame for the Embroidery and a Vestry cupboard behind it. 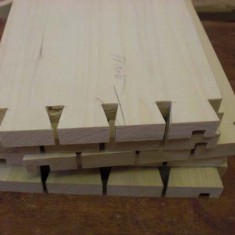 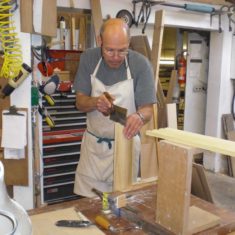 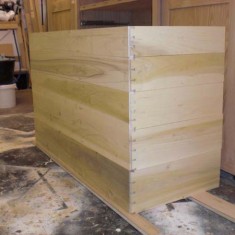 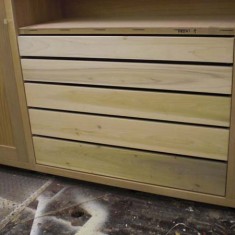 Trial fit in the vestry unit. 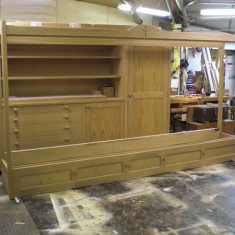 The display unit is erected in front of the vestry unit in Steve's workshop. 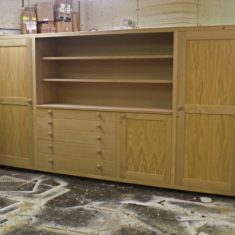 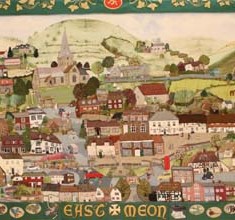 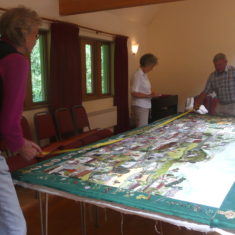 Stretching the canvas on to the oak frame 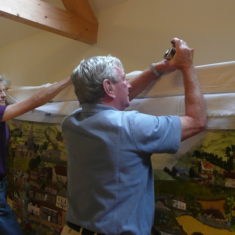 The panel is transferred to the oak frame, Charles Clayson and Rosemary Ryder 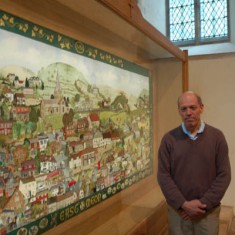 The Millennium Embroidery with Steve Lamont, who built the frame, 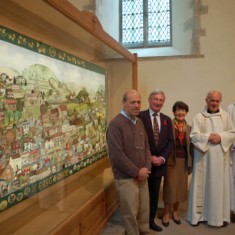 The Millennium Embroidery and the Vestry unit were dedicated by the Archdeacon of the Meon, the Venerable Peter Hancock, at a service on 2nd November 2008. 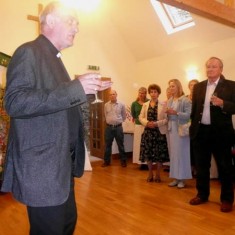 The Reverend Terry Louden thanks those who participated in the Embroidery.

Visit Millennium Embroidery for an account of the initiative led by parishioner Cathy Clayson to create an embroidered representation of East Meon in the year 2000, sewn by parishioners, and of the building by Steve Lamont of an oak frame which doubled as vestry furniture in the north transept.