You are here: Home>Categories>Wartime>Autumn Manoeuvres 1891

Detail from the cover of the bound report. 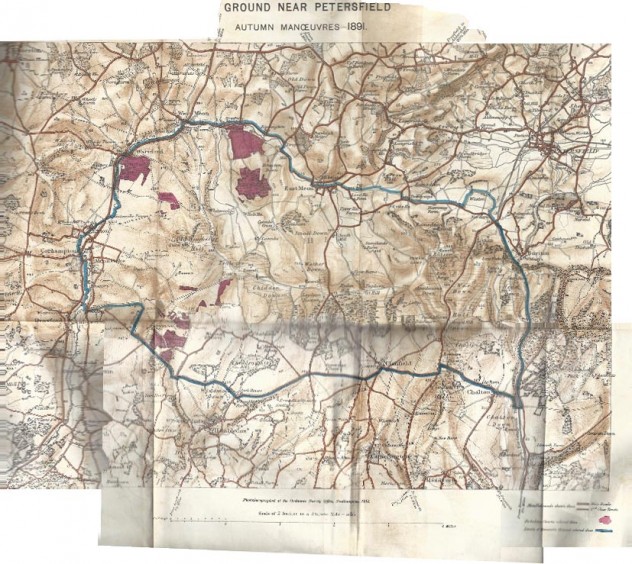 Map used for Autumn Manoeuvres in 1891, showing the area within which the two Divisions conducted their operations.

In September 1891, The Aldershot Division of the British Army held its Autumn Manoeuvres in the parish of East Meon,  with one of its two divisions encamped near the source of the River Meon and the other near Soberton. A detailed report was produced listing all the Operations which took place from 10th to 17th September.

The main sections of the Report have been scanned as a PDF, below, and extracts have been typed up in a separate PDF. A bound copy of the report (given to the Earl of Airlie by the Lieutentant General Evelyn Wood) is in the Archive, T10.