You are here: Home>Categories>Wartime>Home Guard 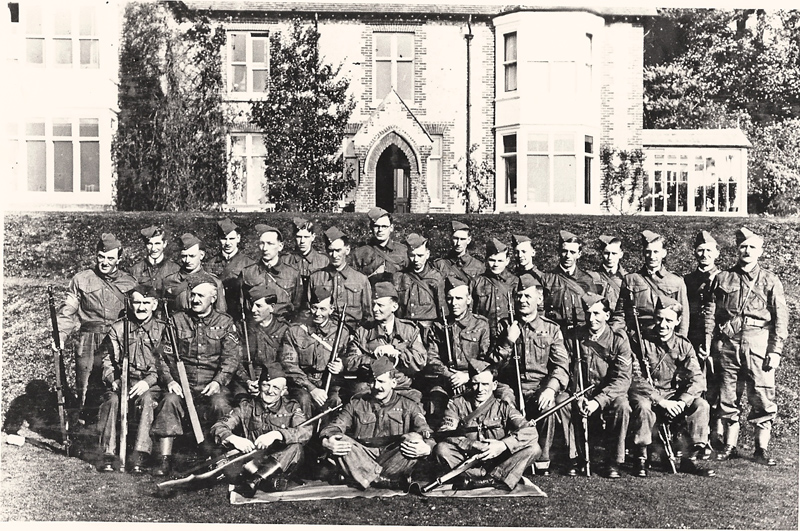 The Home Guard photographed outside the Vicarage, 1939/40 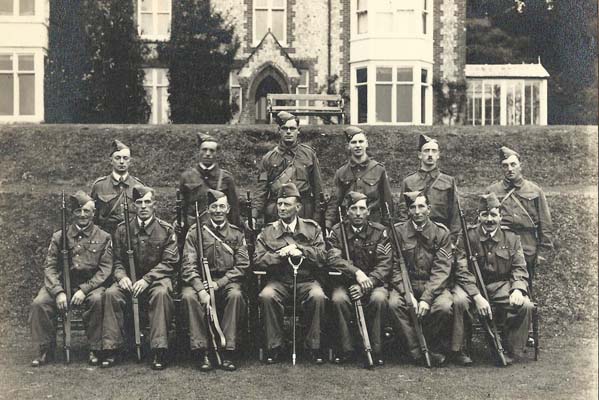 The Commanding Officer (Frank Collyer) and the NCOs of the Home Guard.

These photographs of East Meon’s Home Guard were taken in the grounds of the Vicarage (now the Old Vicarage) in 1939/40, when the Reverend Milne was vicar. Frank Collyer was the commanding officer.

The Petersfield Post published an article, attached as a PDF, which lists the names of those in the photograph, recorded by Tony and Mary Crockford. They are:

Seated: Jock Ward, Cliff Kille, H.Wynne, Reverend Milne, J. Chitty, Mr. Haskett, E. Gilbert, n.k. (The presence of Rev Milne indicates that the photo was taken in the first two years of the War, since he was replaced by Rev Saunders in 1941.)