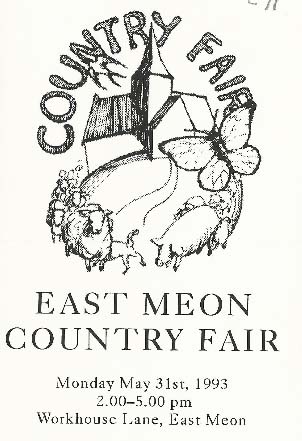 Two early programmes, 1993 and 1998, show how quickly the event grew from its modest beginnings in 1993. Other PDFs contain programmes from 2000 to 2005, including the two years when the Fair was held in Fair Field, South Farm, whilst new housing was being built at Kews Meadow.

Another PDF contains a letter from the Chairman of the Village Hall, John Simpson, thanking those who had helped create the original event.