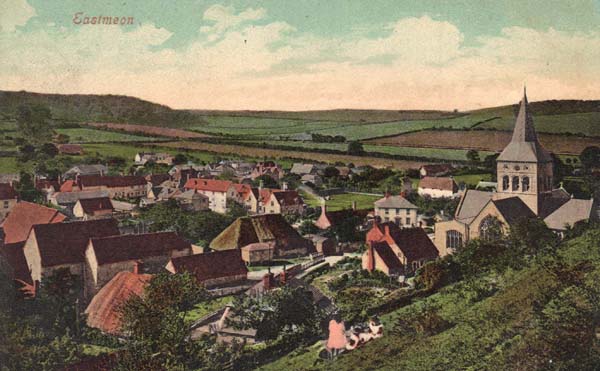 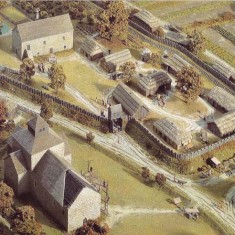 In 1986, a model of East Meon in Norman times was created to commemorate the 900th anniversary of The Domesday Book. This shows the location of The Court House and All Saints Church. Not based on architectural evidence. 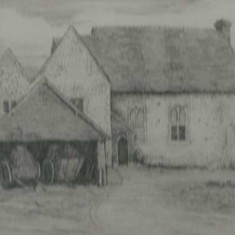 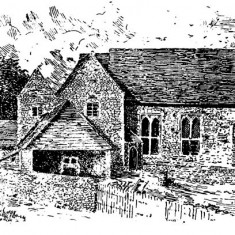 Victoria County engraving of Court House farm, as it was until early in the 20th century. 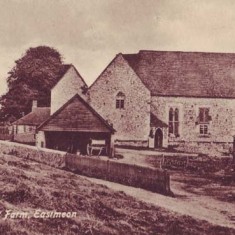 The Court House as a working farm, as also seen in the Bryden engraving. It shows a cart in a separate shelter, a grain store, raised on saddle stones, and a porch at the foot of stairs up to the upper chamber. These buildings were removed when Morley Horder restored The Court House. 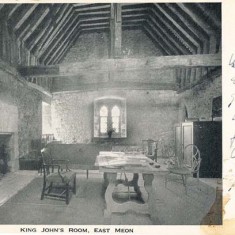 A postcard sent in 1936. It shows the Great Chamber, or Solar, as it then was. It has been known as 'King John's room', since he stayed in the former house.

Most of these illustrations come from the early 20th century, several of them originally published as postcards.