The First Fleet of convicts and soldiers arrives in Botany Bay, 1787 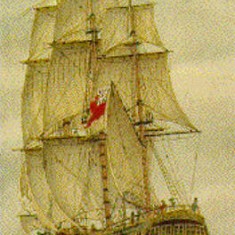 The Prince of Wales, the ship on which Tom Harmsworth sailed , to Australia. as a marine with his wife Alice and two young children. 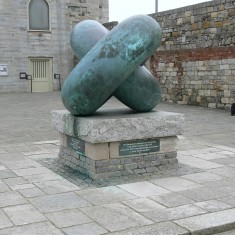 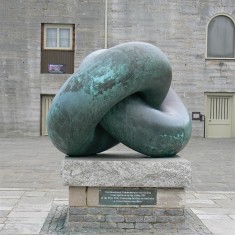 The plaque reads: This Monument Commemorates the Sailing from Spithead on the 11 May 1787 of the First Fleet conveying Settlers to Australia. A Great Nation was Born.

Ros Otzen contacted East Meon History Group from Australia in April 2015, informing us that her ancestors William Harmsworth and Mary Harmsworth (nee Tyrrell) lived in East Meon in the 1780s and 1790s. William’s brother Tom sailed as a Marine in the First Fleet to Australia, with his wife Alice and two young children on board the Prince of Wales; their son died of fever during the journey; another boy was born during the voyage, but he too died on arrival, and Tom himself died two months later. Alice re-married.

David Hopkins subsequently established that William Harmsworth of Froxfield (born 1739) married Elizabeth Eyles (born 1753), eldest child of Richard Eyles (1729-1788) on 7 October 1779 at All Saints’ East Meon. Her brother Richard Eyles, a naval Captain, inherited the estate; at the time he lived  at Glenthorne House. The Eyles family then owned  the Bereleigh Estate and soon afterwards built the present large house, and moved there. Tom had joined the Marines at Portsmouth.

In March 2016 a cousin of Ros Otzen, John Marsden, informed us that he was in England (from New South Wales) and  he met Michael Blakstad. He too was investigating Tom Harmsworth and Alice, nee Mansfield; he  subsequently visited Barkway, where they were married, and learned more about the Mansfield family. His correspondence is also attached, and photos of the First Fleet memorial at Portsmouth dockyard.

Attached is a Word file with the correspondence between Ros Otzen and EMHG, as well as research reports by Roz Otzen on the Harmsworth family  and on the First Fleet (Word documents), and on the genealogy of Thomas and Alice Harmsworth (PDFs)