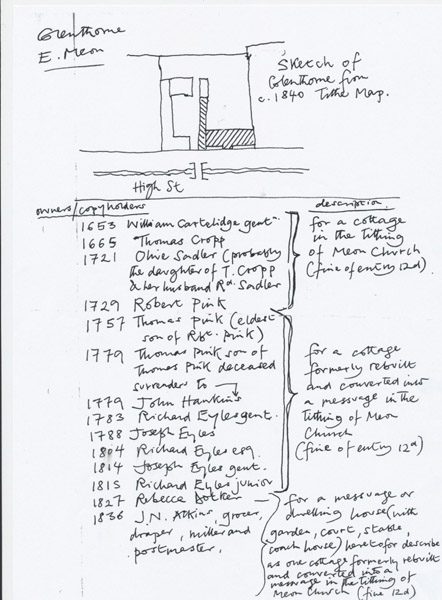 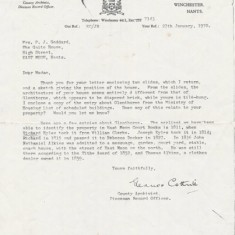 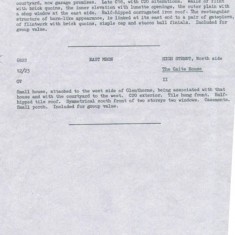 The listing of Glenthorne House

Extracts from notes on the history of Glenthorne House, including Edward Roberts’ list of its owners.

One prominent  owner of Glenthorne House was a grocer, also a draper, miller and postmaster. By the time the parish came to be mapped and listed in 1852 (the so-called Tithe Apportionments), John Nathaniel Atkins owned significant property in East Meon . He had bought Glenthorne in 1837.

Among the properties owned by John Nathaniel Atkins senior were three houses on the south side of the street, now known as Barnards. His daughter Eliza appears to have married a farmer, James Barnard, and is listed in the 1851 census as a ‘proprietor of houses’, living in Barnards with two children but no husband.