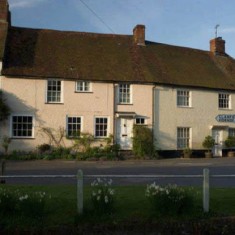 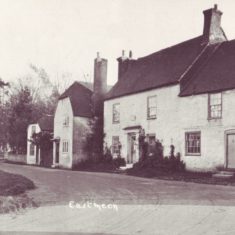 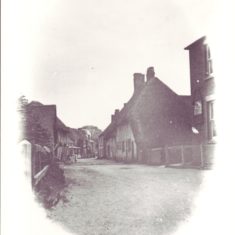 This photo was taken from outside what is now East Meon Stores and was then Aburrow's wheelwright workshop. The Institute can be seen on the right,, then Barnards Corner. On the left, Glenthorne House in the distance. 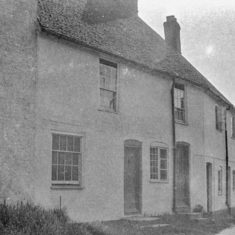 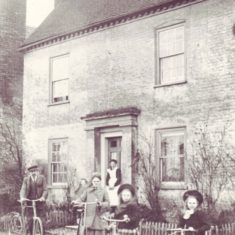 Nurse Micklam and family outside Barnards 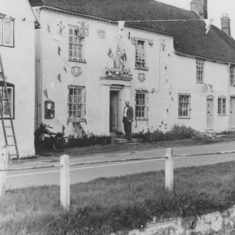 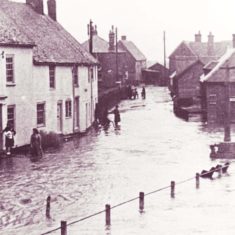 Late 1940s or early 1950s. The family on the doorstep of Barnards is the Godwards, the little girl Hazel, later Hazel Pamplin 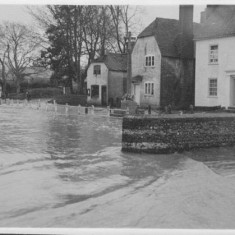 Looking east past the road outside the George Inn, Barnards and Old Bell Cottage on the right. 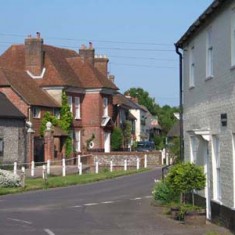 Barnards Corner on right, and High Street with & Glenthorne House on left. 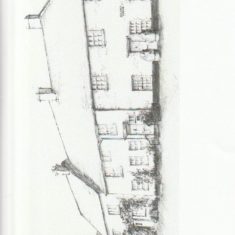 Three cottages were built in the 1840s on the bend in the High Street by John Nathaniel Atkins for his daughter Eliza who had married James Barnard. James died in 1845 and Eliza went on to let two of the cottages, herself living in the third. To accommodate impoverished tenants, extra staircase were installed in the 1850s and were still there in the 1920s. ‘The Mayor of East Meon’, Herbie Goddard, lived I Barnards after WWII and flooding was frequent until the river was re-engineered in the 1950s. For more information, click here.