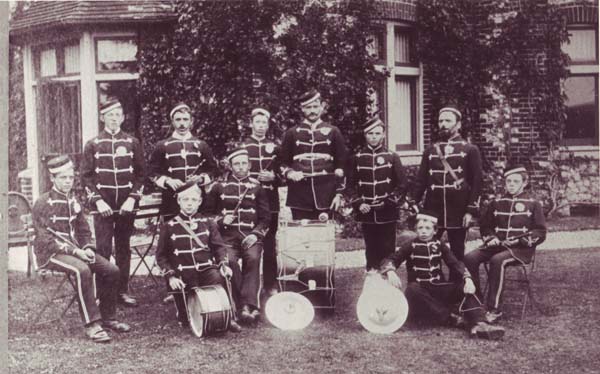 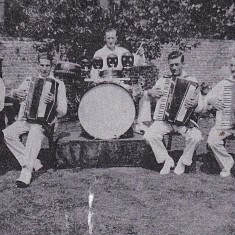 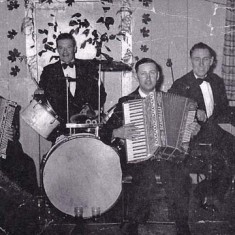 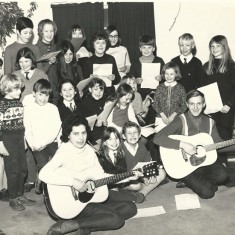 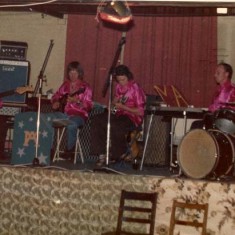 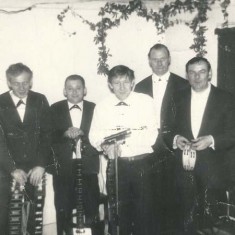 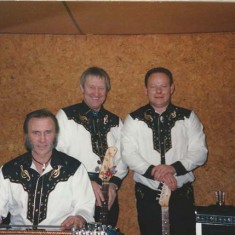 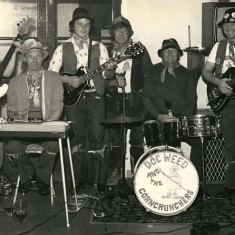 Before radio and then television, villagers made their own entertainment. Clara Fisher recalled how her father, Robert Fisher, had played the violin in a string band (and his brother played the cello), then led a brass band, then a fife and drum band (pictured above), whilst there was yet another outfit, the Chapel Band. She and her sister sang in a glee club, which practiced in what was then Mr Arthur Warren’s house, and performed at the Institute. (Click here for Clara Fisher page).

The tradition continued, and pictures from the Blackman family show further musical ensembles.

In the late 1960s, the Little Folk group was very active and performed at many venues in Hampshire. Click on the link below for its scrap book and other memorabilia.

In the 1970s, the Meonaires appeared at fund-raising events for the new Village Hall. They subsequently re-formed as a trio, Nickels and Dimes, and as Doc Weed and the Corncrunchers.