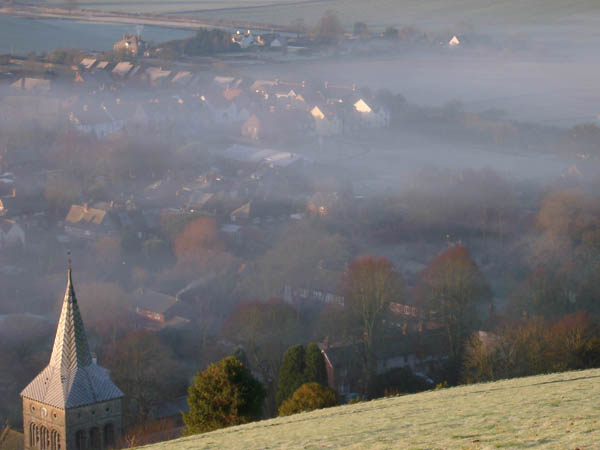 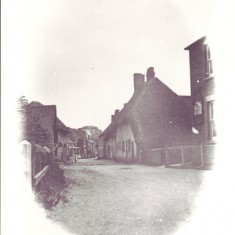 Vignette of High Street. This appears to have been photographed before the 1910 fire which devastated this end of the High Street. 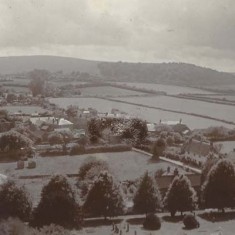 View from the church spire, or from Park Hill. No buildings along The Hyde and only the older ones along Workhouse Lane, although the Institute (1884) has been built. 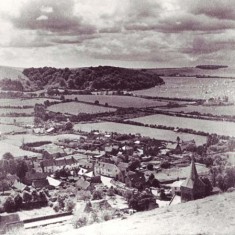 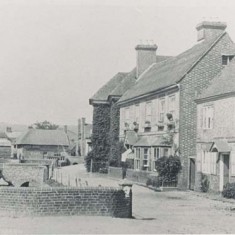 This photograph of what is now Brooklyn, with a young man in a boater, is dated 1914. 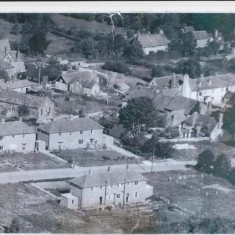 Post-war photograph of Glenthorne Meadow, with council houses partially built. Julie Pindell can be seen on the doorstep of No 18. The Institute can be seen in the top left corner, 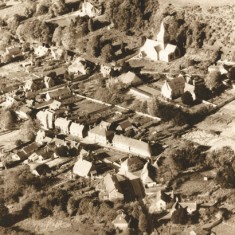 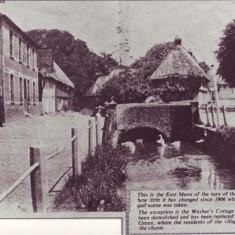 Photo of the Hight Street in 1906, showing Washer's Cottage which has subsequently been demolished. 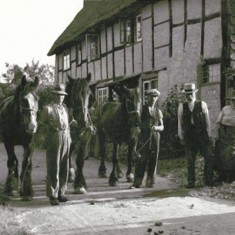 The Cross, with horses, men and woman 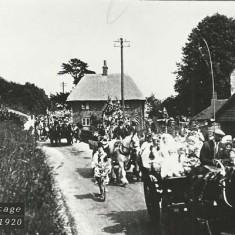 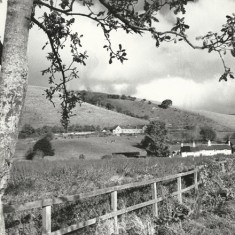 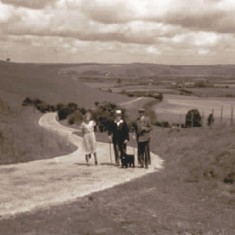 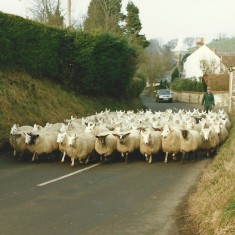 A miscellany of views of East Meon, dating back to the second half of the 19th century. They show the changing layout of the village and different faces of its streets.