You are here: Home>Categories>People>Collections>Bridget Lambert 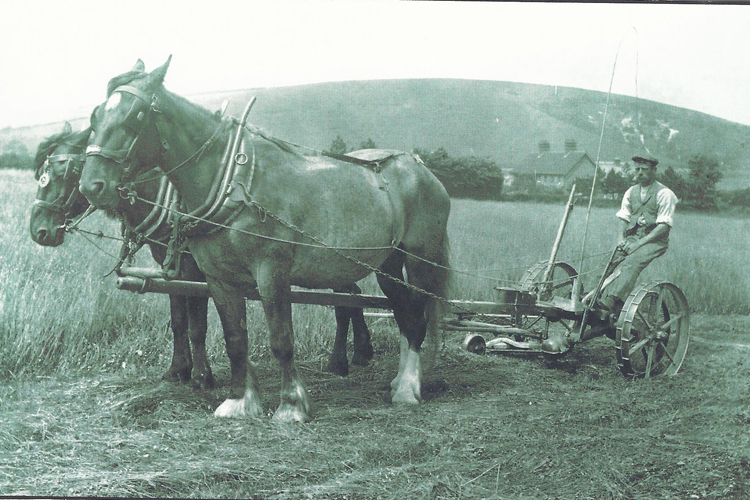 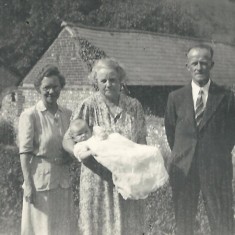 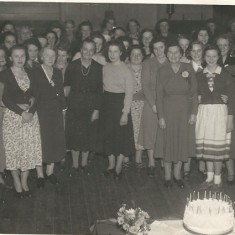 Large gathering at the old Village Institute. Marion Lambert, Bridget's mother, is in the crowd . 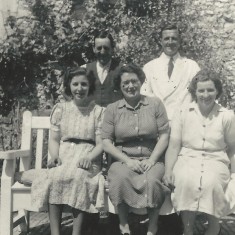 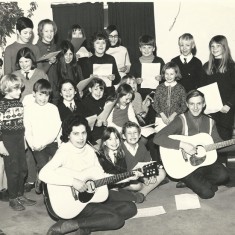 Bridget Lambert contributed these old photographs of her forebears in the village. William Hope Lambert, her grandfather, is photographed ploughing a field at Pastures, just south of the village, where his father was tenant farmer on land owned by Lady Peel. The christening photo is of Nicola, Bridget’s sister, in the arms of Ada Louise Lambert, and the godparents are Mrs Hastie, a teacher at East Meon National School who lodged with Ada Louise at Westbrook Cottages, and Leslie Lambert, her uncle.

Bridget Lambert, with copies in Resources/People/Collections