You are here: Home>Categories>Events>Domesday>Domesday Year Committee 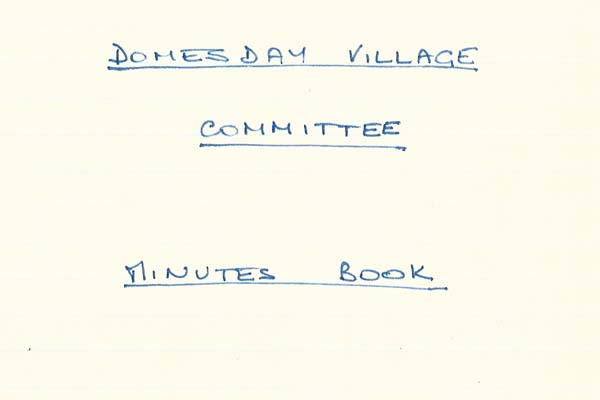 When East Meon was chosen as ’The Domesday Village’, a Committee was formed to agree a strategy to cope with the expected numbers of visitors. The minutes book is in the Library, E/8, and a PDF can be downloaded, below.

The second PDF is a letter from East Meon resident, at the time, R.H.G.Faber, to the Charity Commissioners, following a suggestion by the Committee that this would be a suitable vehicle for the managing of the Domesday Village project in East Meon.

A third PDF is a letter to the Charity Commissioners, February 1986, written by Bobby Faber, requests permission to establish a Charitable Trust ’to administer the monies received and to distribute them for the benefit of the village and its institutions’.