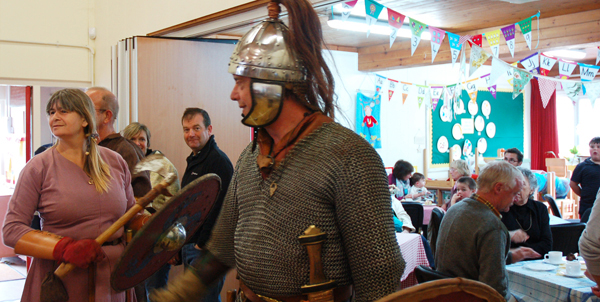 Saxons blowing horn and beating drum to summon visitors to witness the re-enactment. 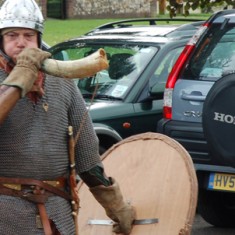 Peter O'Sullivan on right, in monk's costume, supervised the proceedings. 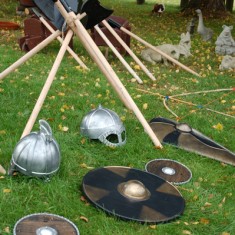 Farm tools and weapons ready for the re-enactment. 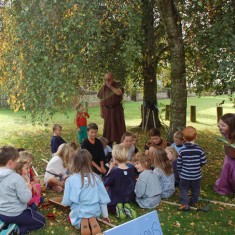 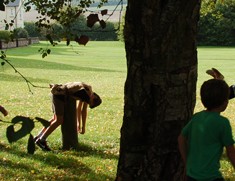 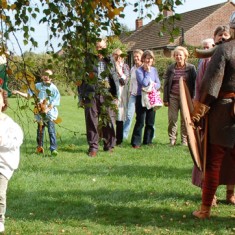 News from the north 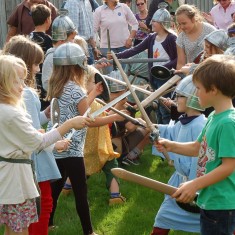 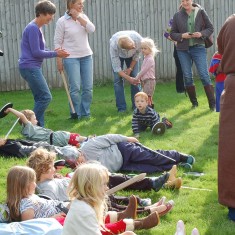 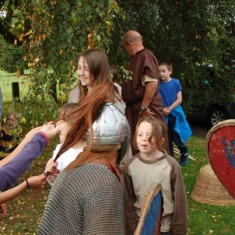 King Harold is briefed by the Saxon re-enactor. 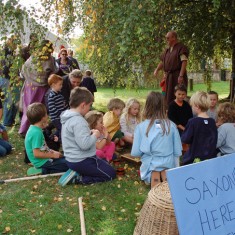 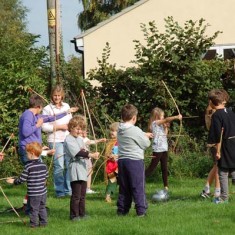 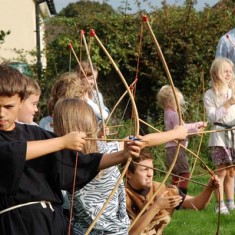 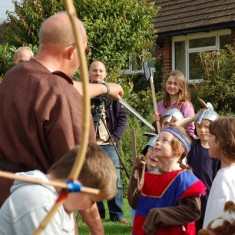 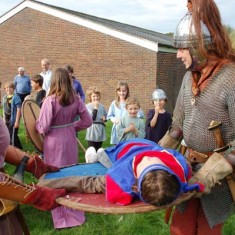 Harold carried off on shield

East Meon History Group has participated in the Saxons in the Meon Valley project (click here for website). Part of its remit is outreach to schools, and East Meon Church of England Primary School is taking part. At the Open Day, Peter O’Sullivan led a Saxon re-enactment taking children through the stages of farmers tilling their fields, eating, sleeping, taking an army to Stamford Bridge, where they defeated the Danish army, then back to Hastings where they lost, Harold being shot in the eye by a Norman arrow.