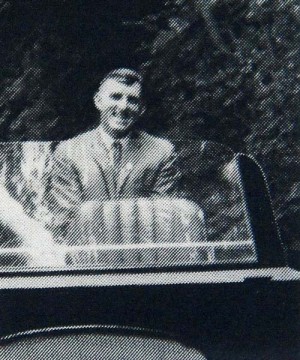 Ray Stone’s grandfather, and his father after that, ran a business carrying coal from the Meon Valley Railway. In two interviews, he described to David Hopkins his memories of the line, and of World War II, and the closure of the line.