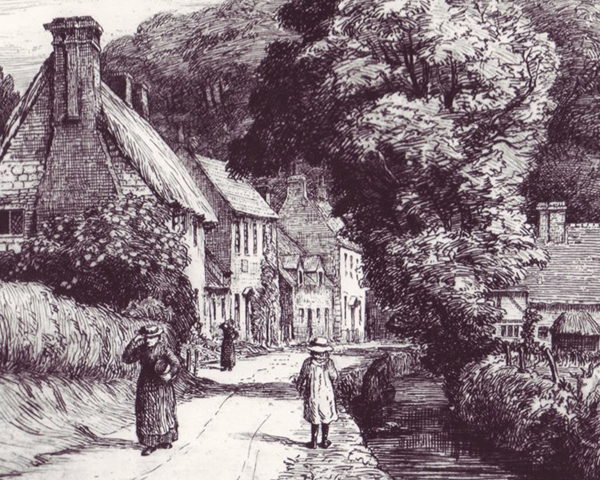 Built c1600, the first house on the left was originally the Angel, an ale house. 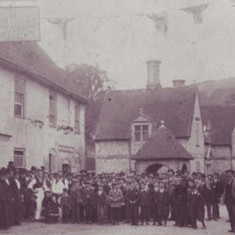 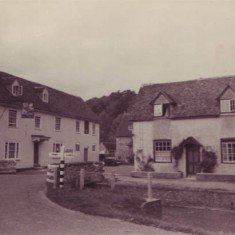 The George in the early 20th century. The original structure was probably built in the late 17th century. 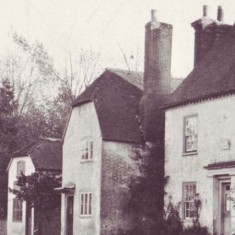 Old Bell Cottage, on the left, housed Edward A. Banhams, Saddler. It is said that villagers, who only possessed one pair of shoes, would bring these for mending. While waiting, they drank beer at an ale house at the same address 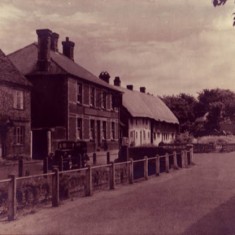 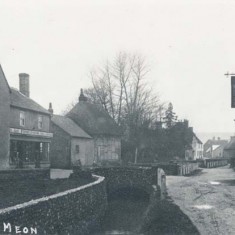 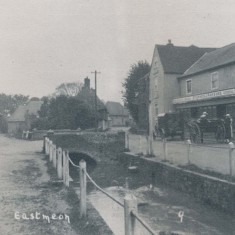 Looking the other way, with Parsons on the right.

Brooklyn Francis & Clare Cottages and The New Inn. Displayed on the corner of The New Inn is 'Crowley and Co, Alton Ales and Stouts'. (The triangular structure in what is now Washer's Triangle is a well-head.) 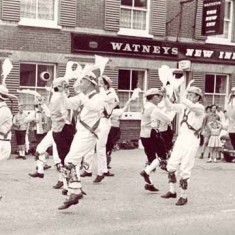 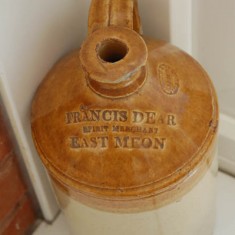 The label on this pot reads: Francis Dear, Spirit Merchant, East Meon. Francis Dear was publican at The New Inn in 1875. The pot belongs to Frank Wheeler.

There were three categories of ‘public house’. First, Inns, which he described as 5 star hotels, and which catered for the gentry, officers, and well-off travellers. They would have had a grand room for reception, bed-rooms and a dormitory for less well-off travellers. Second, Taverns, which mainly existed in towns and cities. Thirdly, Ale Houses, basically private homes where the wife might have brewed the ale and customers would have sat on benches at simple tables, drinking it.A list of brewers and publicans is attached.

East Meon house names include ’Bottle Ale Cottage’ and Bottle Cottage’ as well as ’The Malthouse’. The censuses show ’Maltster’ as an occupation. It was traditional for malt to be made in or near local farms.

There was no coaching route through East Meon, so no Inn as originally defined, but as many as four Ale Houses were available to villagers at any one time. Today there two pubs, ’Ye Olde George Inn’ and the ’Izaak Walton’, originally the New Inn.

Geoff Dye, of Alton, very kindly sent photocopies (attached as PDFs below) of two letters from J.A.Burrell to ’Deacon’ in June and July 1879 concerning negotiations to purchase ’Eastmeon Brewery’ and mentioning furniture in ’the public house’ , i.e. The New Inn, now the Izaak Walton.