You are here: Home>Categories>Buildings>Forge Cottage 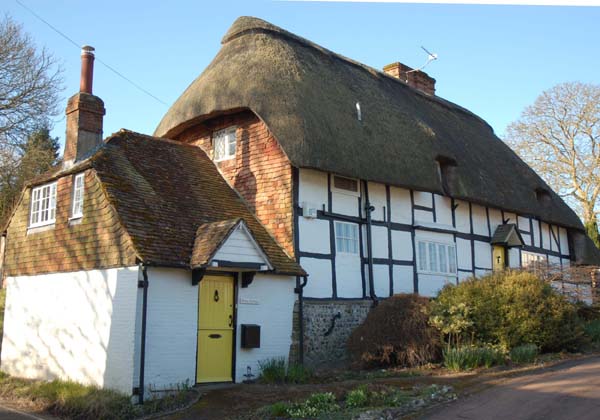 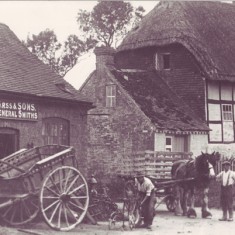 Jim Hobbs' smithy and Pillstyle Cottages in the early 1900s. Jim lived in the lean-to at Pillstyle. 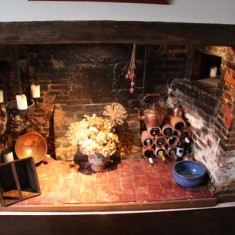 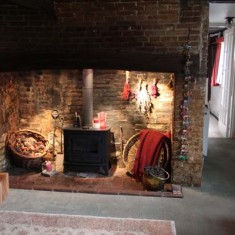 Kitchen side of Fireplace, with bread oven inset into side wall. 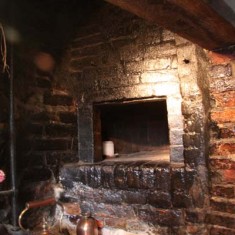 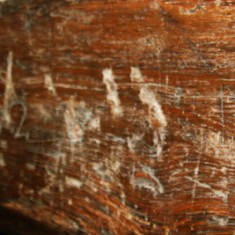 “Trinity marks” on chimney breast in the hall – three triangulated parallel vertical lines burned into the massive oak beam; The invocation of the Trinity was believed to protect the house from evil spirits. 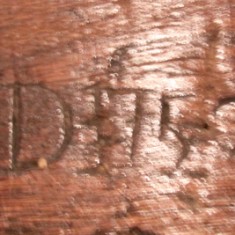 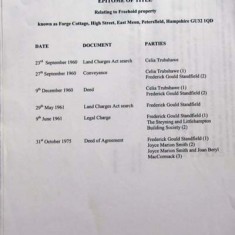 The cottage is thatched; timber framed and was built in approx. 1600, probably as a small yeoman farmhouse. Its construction demonstrates the revolution which was taking place in interior planning at this time, the abandonment of the open Hall in favour of upstairs and downstairs rooms heated by a massive central chimney. The chimney provides two back to back inglenooks in the ground floor rooms and smaller fire places in the upstairs rooms.  The inglenook on the west end of the house contains a bake oven and would probably have been the kitchen; the smaller room behind this would probably have been used as a buttery or pantry. The room with inglenook on the other side would probably have been the parlour, the beams in this room have been chamfered which indicates the room had more status. The cottage originally had medieval type unglazed windows with diamond shaped mullions. The upper rooms were open to the rafters with long thin windows below the thatch, just above floor level. At some time the house was divided into two cottages. In 1934 it was occupied by Pollard and Kille, Mrs Holder and Mr William Nicholson and the thatched shed was occupied by J Hobbs. It had an area of 2 roods and twenty perches or thereabouts. Formerly Pillstyle Cottages the house name was changed in 1960 when purchased by Frederick Gould Standfield for £4150. Gaye Bartlett & David Hopkins.