You are here: Home>Categories>Buildings>Heycroft House 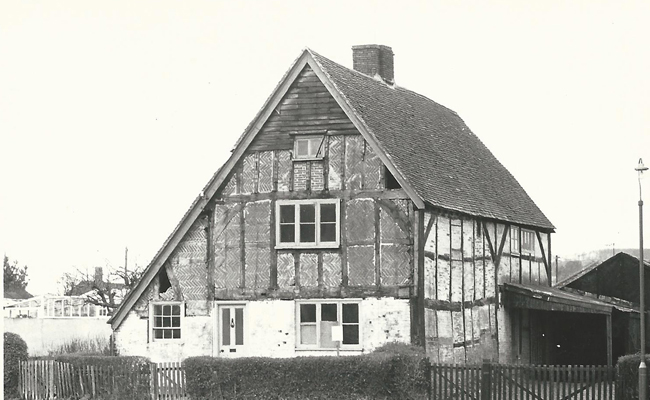 The Cottage before reconstruction, 1973 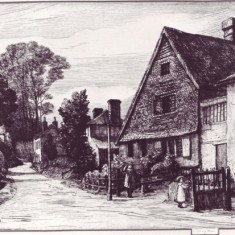 Engraving of The Cottage by Robert Bryden, 1905, showing house abutting, since demolished. 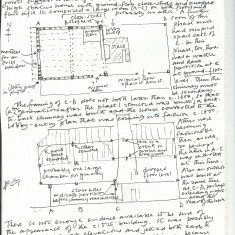 Notes by Edward Roberts recording his survey of Heycroft. 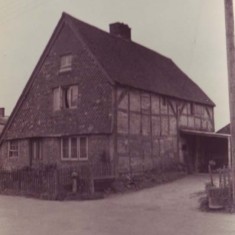 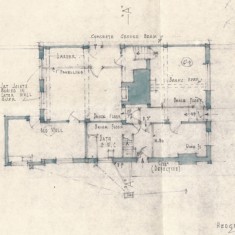 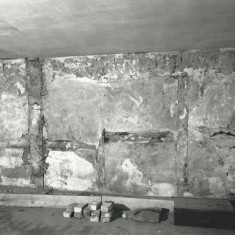 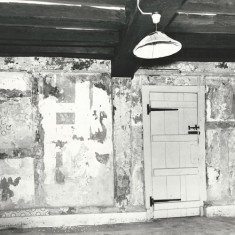 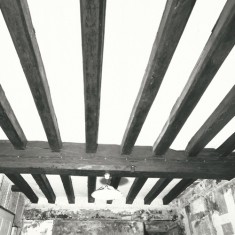 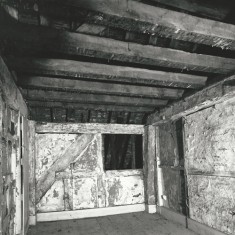 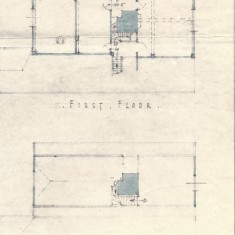 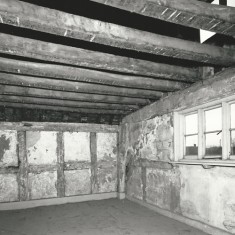 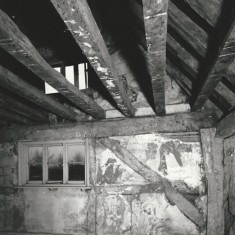 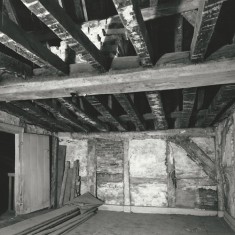 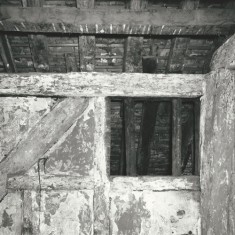 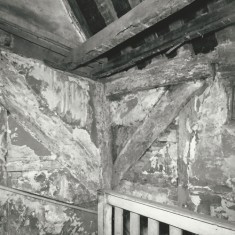 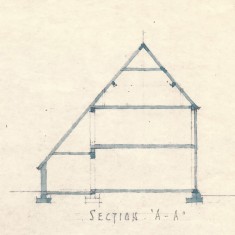 Elevation of building before restoration 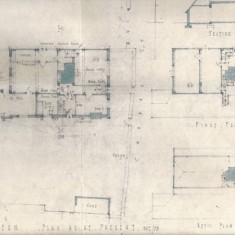 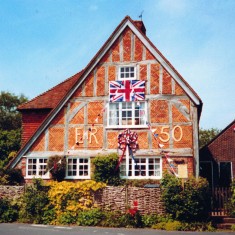 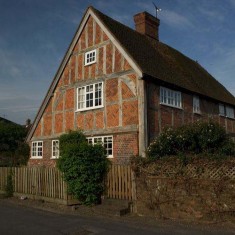 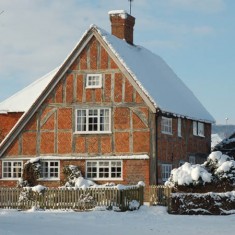 Until 1973, the house was known as The Cottage, The Square. The engraving by Robert Bryden, made in 1905, shows there was a building directly next to it, on Workhouse Lane. In 1974, the building was very dilapidated, as is shown in the photographs by the National Monuments Record, taken at the suggestion of the Curator of the County Museum.

Edward Roberts surveyed Heycroft and his notes are the second image in the gallery. He estimated the date of construction of the original house at 1525, plus or minus 50 years, and of additions C – D at around 1600.

It was bought in 1973 by retired solicitor Freddie Standfield and architect Brian Tyler, who decided to restore the building. A letter from Edward Grainger of the Petersfield Area Historical Society summarises his interpretation of the history of the building. ’It is a timber framed house of 4 bays in which the two eastern bays appear to be older than the western. The chimney and fireplaces are part of the original structure which makes the date about 1580 – 1600.

A PDF is attached of a report, unsigned, which describes the work done in 1974/4. ’A direct labour force of two craftsmen was recruited, to be fortified later by a labourer.’ ’In the early spring of 1975, it is hoped that the rather sad old house of a year before will have completely regained its former dignity, charm and usefulness, and be ready for occupation, but reconstruction costs of approximately £14,000 are anticipated before completion … due to worldwide economic conditions it is feared that the venture will prove financially disastrous …’