You are here: Home>Categories>Buildings>Forge Sound 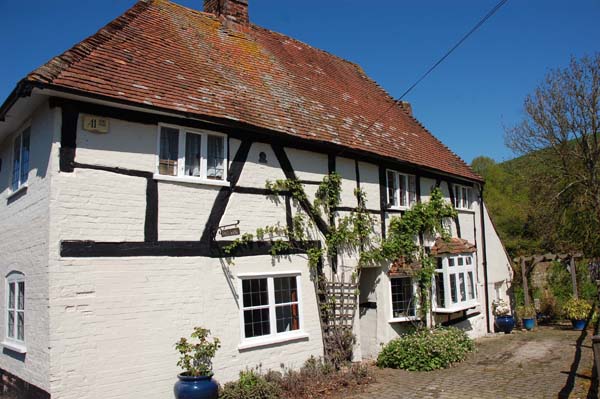 Forge Sound retains its Hall House structure, and is unique in Hampshire as a single-aisled structure. When it was built, the river could be crossed at a point between it and another important early building, Riverside.

It is one of the buildings of which Edward Roberts has made a special study, and his notes and diagrams are included; these include charts showing the age the timbers of the structure of Forge Sound, the work of dendrologist Dan Miles. Legal documents dating back to the early 19th century are also copied here. It was also one of the House Histories displayed in the exhibition, and the research notes of its present owner, Tony Perkins, are also included. Click here for the web page which contains the content of the House Histories display.

This archive, a page on eastmeonhistory.net, Dropbox folder Resources/Places/Forge Sound