You are here: Home>Categories>Buildings>House Histories 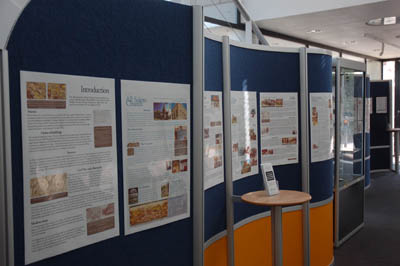 Starting in 2012, East Meon History Group researched a number of buildings within its parish. In June 2013, a dozen A2 screens were displayed in The Court Hall as part of a Flower Festival. Subsequently, the Group was invited to mount the exhibition in the foyer of the Hampshire Record Office in Winchester. In September 2013, an Open Day was held in the Village Hall, and an extra 6 panels were added.

The research was not confined to very old or grand properties; we aimed to portray life in East Meon at all levels, and to feature the owners of as many properties as possible.

In these collections, the A2 panels are available as PDFs. They also contain the background research notes from which the panels were composed, and other photographs and source documents which the Group has accumulated relevant to each building.

We were guided in our approach by Nick Barratt, author of Tracing the History of Your House, in our approach to conducting House Histories, helped by the Hampshire Record Office, who arranged a talk and collection of maps relevant to East Meon, and particularly by Edward Roberts, a distinguished architectural historian, who visited the village and provided many of the research notes which are included in these collections. Click here for a report on Edward’s visit to The Court House.

This archive, pages on eastmeonhistory.net, papers and photos in library.