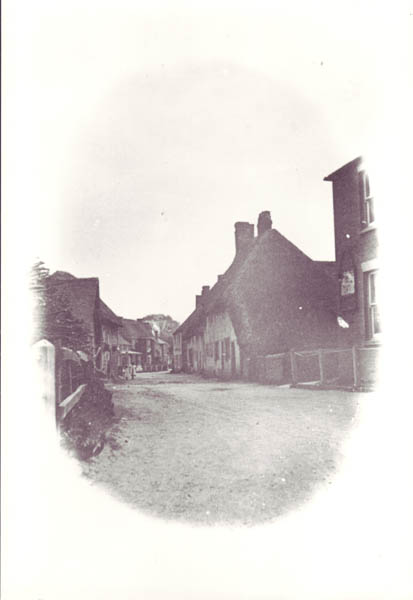 An early view of East Meon High Street. Glenthorne House can be seen in the distance, in the centre. 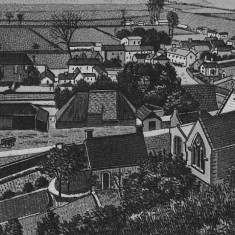 Detail of a Victorian engraving, showing the north side of Glenthorne House (on the left), not in those days painted white. 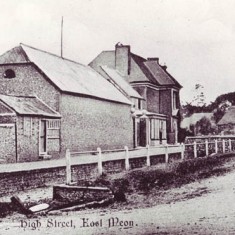 Early post card, showing Glenthorne beyond the dairy building. The hut to the left of the latter was used by a visiting fish-monger. 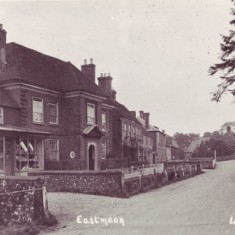 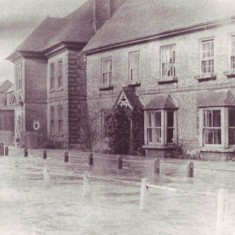 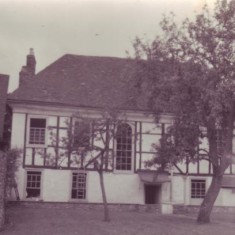 A view of the north side of Glenthorne House, which is less elaborate than the street front, probably because it was not 'on show'. 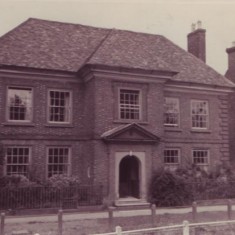 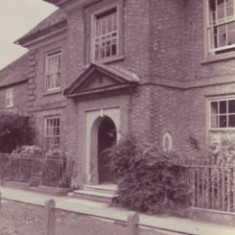 Doorway, from the east. Date unknown. 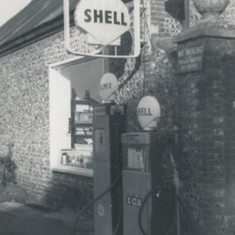 After World War II, the yard of Glenthorne was a petrol station and motor repair shop.

Because it is the most notable building on East Meon High Street, Glenthorne House appears in many old post cards and photographs.

Some were provided by Petersfield Museum

The originals of some of these photos are in the Petersfield Museum. Higher-resolution digital images on application Resources/Places/Glenthorne/Old photos