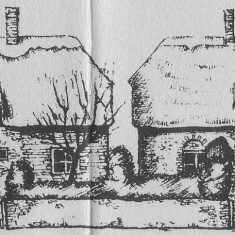 Paupers (left) and Kews Cottages from 1985 guide to walk around East Meon, by Tricia Blakstad 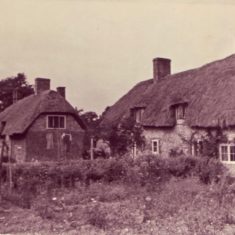 what are today known as Kews (closer) and Paupers Cottages were restored in the 1930s by Morley Horder, 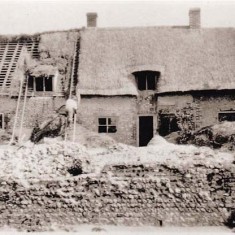 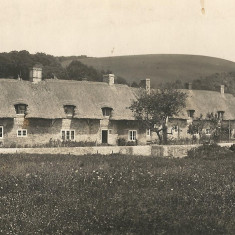 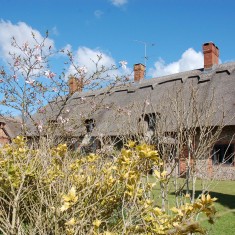 East Meon's workhouse was built at the same time as Kews and Paupers Cottages, in Workhouse Lane, and would probably have been similar architecturally. 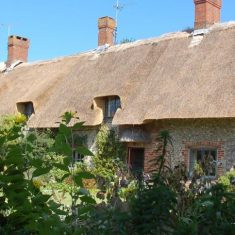 Kews and Paupers from South East

What are today known as Paupers & Kews Cottages were built in the early 17th century for yeomen (despite the Act of Settlement which decreed that no house should be built in less than 4 acres of land. By the early 20th century they had fallen into disrepair and were rescued by Morley Horder, the owner of The Court House.