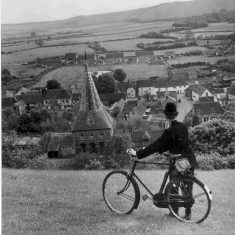 PC Thorne on Park Hill (where no cyclist is likely to have ridden). 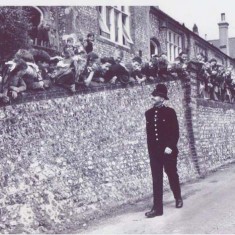 P.C.Dennis Thorne walks along the school wall, lined with children. Taken in 1949 by the New York Sunday News magazine. 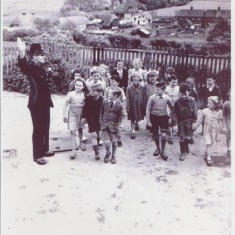 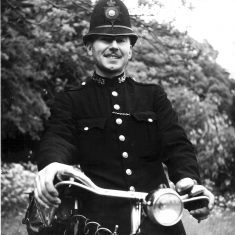 PC Dennis Thorne with his bike 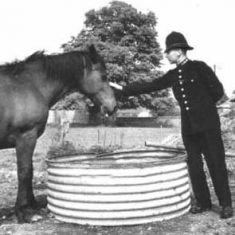 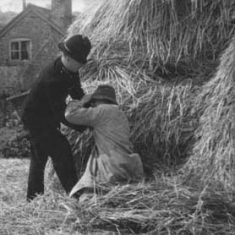 PC with tramp in haystack 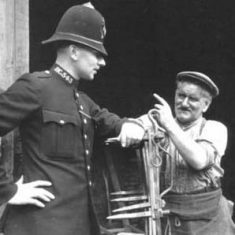 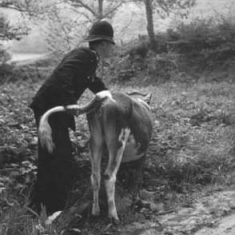 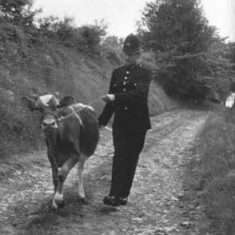 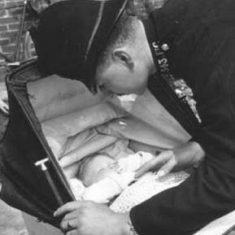 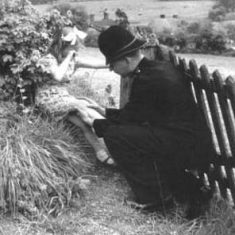 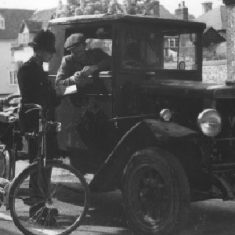 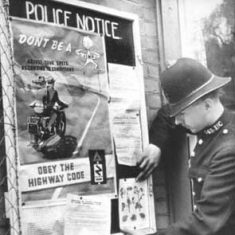 Outside Police Station with posters 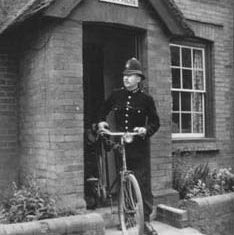 Outside Police House, probably then in The Hyde 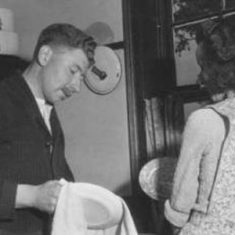 Washing up with Mrs Thorne 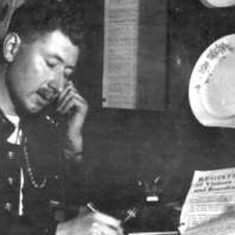 in office, on phone 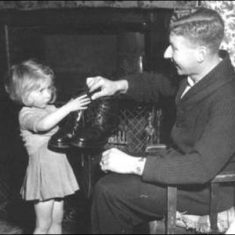 At home, with baby and boots 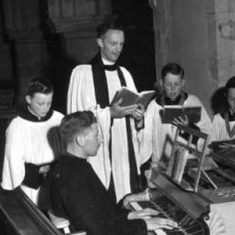 PC Thorne playing the organ in All Saints, with. vicar Rev Watkins 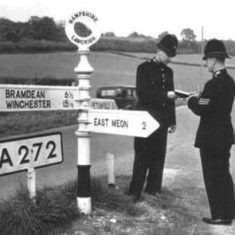 With colleague on A272 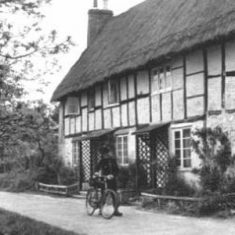 PC Thorne in The Cross, outside Cross Cottages 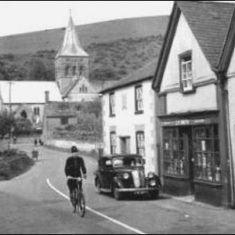 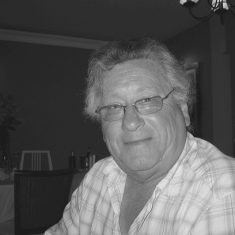 In 1949, .the New York Sunday News sent a photographer to record the life of a typical village policeman in an England recovering from World War II.PC Thorne was the village policeman in East Meon and these carefully posed photographs show the image the magazine wanted of a plucky English post-war village. In 2007, his son Martin Thorne discovered the photographs, which were featured in the Mail on Sunday, BBC South and elsewhere.