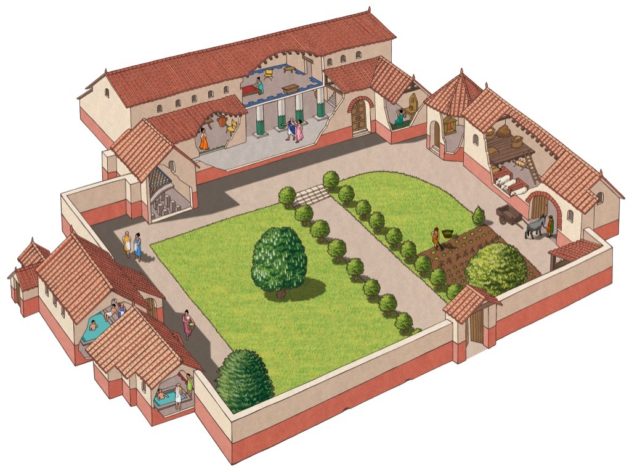 3D recreation of Stroud Roman Villa by Julia Baker. It was first excavated in 1907 and probably the home of a British farmer. Aisled hall and nine rooms in main building, both house to west, animal shelters and hay store to east.
Julian Baker